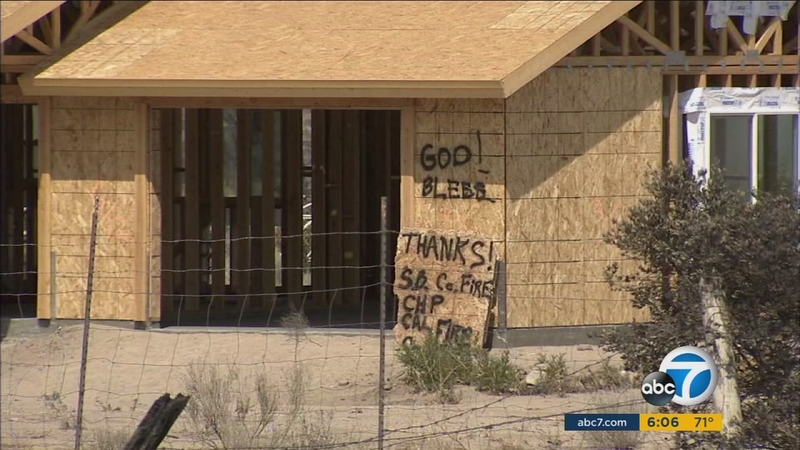 PHELAN, Calif. (KABC) -- Some evacuations have been lifted and overnight progress has been made on the 37,020-acre Blue Cut Fire, which was at 73 percent containment Saturday, according to officials from the California Department of Forestry and Fire Protection.

Officials estimate 105 homes and 216 buildings have been destroyed since the wildfire began racing through San Bernardino National Forest Tuesday, forest officials said, and the massive blaze has continued to burn near the Cajon Pass.

Mandatory evacuation orders for the community of Wrightwood were reduced to voluntary around noon Saturday, according to a press release issued by the San Bernardino County Sheriff-Coroner Department. Residents were allowed past the road closure at highways 138 and 2 by providing proof of residency.

Residents heading back home said they were happy to go back to a more normal way of life after being displaced since Tuesday.

Late Friday, evacuation orders were lifted for residents of Phelan, west of Green Road to Snowline Road. The Lytle Creek and West Cajon Valley communities were still under evacuation as of Saturday morning.

Many were not being allowed to return home until damaged power lines are back up and running.

Officials said Saturday morning 50 hand crews, 275 engines, 32 dozers and 14 helicopters were being used to work aggressively to gain more containment of the fire. Crews were also working to mop up all areas of the blaze in an effort to move toward re-population of evacuated areas.