Bobcat Fire: Containment grows to 55% as some evacuation warnings lifted

Investigators are attempting to figure out if Southern California Edison equipment sparked the blaze in the Angeles National Forest.
KABC 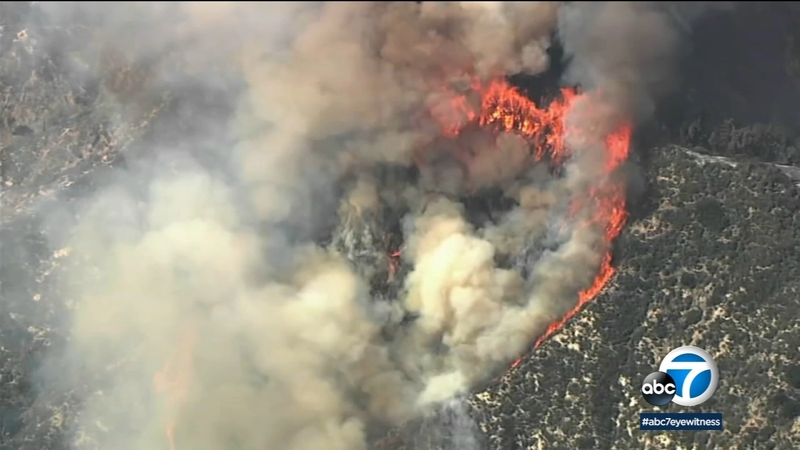 MONROVIA, Calif. (KABC) -- The Bobcat Fire burning in the Angeles National Forest has reached 55% containment, allowing for some evacuation warnings to be lifted as crews continue to battle one of the largest blazes in Los Angeles County history.

Evacuation warnings were lifted Thursday for Altadena and Pasadena, according to the L.A. County Sheriff's Department.

Investigators are attempting to figure out if Southern California Edison equipment sparked the blaze in the Angeles National Forest. Reports show the company had an equipment issue just minutes before the fire started more than two weeks ago, but Edison says cameras spotted smoke in the area even before that.

Officials said a lack of resources allowed the Bobcat Fire to make a run through the mountains in the initial hours after it started. They say by the time staffing ramped up, flames were already deep in an old-growth forest where the fire had plenty to burn.

On Thursday, evacuation warnings were changed to a "repopulation order" with "no restrictions'' for the following areas:

Evacuation orders remained in place for the following areas:

The Wrightwood area in San Bernardino County was also under an evacuation warning.

The Red Cross evacuation centers at Palmdale High School and Santa Anita Park are now closed. Anyone still needing assistance was urged to call the Disaster Distress Hotline at 800-675-5799.

As of Friday morning, the blaze has charred 113,986 acres and containment is at 55%. Crews have made tremendous progress on the blaze, which earlier in the week was at 15% containment.

The fire is burning in the Angeles National Forest and threatening communities in the Antelope Valley and San Gabriel Valley foothills.

Flames came dangerously close to the Mount Wilson Observatory on Tuesday, but backfires set by crews diminished the threat to the historic site. Crews took advantage of reduced winds, lower temperatures and higher humidity to carve out a containment line after flames came within 500 feet of the landmark.

Pink Phos-Chek stained the ground where crews worked to protect the observatory as well as radio and television communication towers worth an estimated $1 billion.

A South Coast Air Quality Management District's smoke advisory was extended through Friday afternoon, with winds expected to push northeast and east into the San Gabriel and San Bernardino mountains.

Flames have destroyed 52 structures and affected another 14, with three suffering minor damage and one suffering major damage, according to a damage assessment provided by Los Angeles County officials. That map, which is compiled from ongoing field damage inspection and subject to change, can be viewed here. Of the 52 buildings destroyed, 27 were identified as residential, one as commercial and 24 as "other."

The Bobcat Fire erupted on Sept. 6 near the Cogswell Dam and West Fork Day Use area northeast of Mount Wilson and within the Angeles National Forest. The cause has not been determined, but U.S. Forest Service officials are investigating an equipment issue experienced by Southern California Edison that happened around the time the fire broke out.

A total of 1,575 personnel have been assigned to the fire as of Thursday night, and the cost of the firefight has reached at least $37.5 million, officials said.