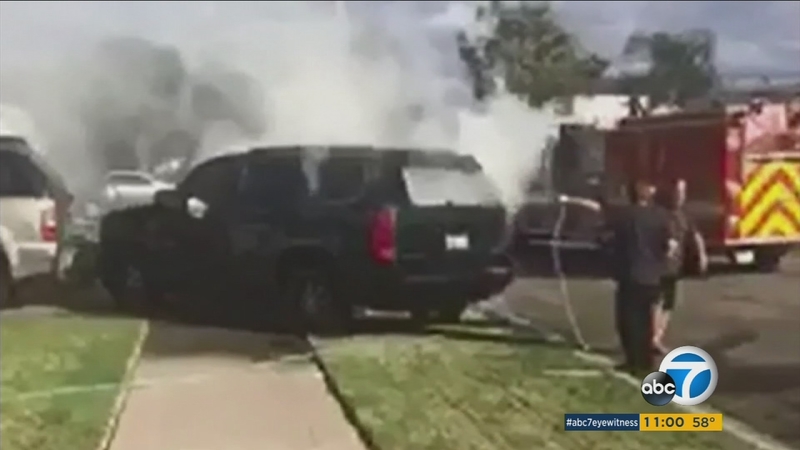 ORANGE, Calif. (KABC) -- An investigation was underway after three bodies were found inside a burned SUV in a quiet Orange neighborhood Monday afternoon.

Authorities responded to a black SUV on fire in the 500 block of East Oakmont Avenue around 2:18 p.m.

Witnesses at the scene scrambled to put out the fire before authorities arrived. When the fire was extinguished by Orange County Fire Authority firefighters, the bodies of three males were found inside the car.

One man, who has lived in the area for 20 years, said the incident was "unnerving" and it made him wonder if the suspects were still in the neighborhood.

Police said the incident was unusual for the area, which is located next to Orange High School. Authorities did not have any suspect information.

The car was not registered to a person from Orange County, according to Orange police Lt. Fred Lopez.