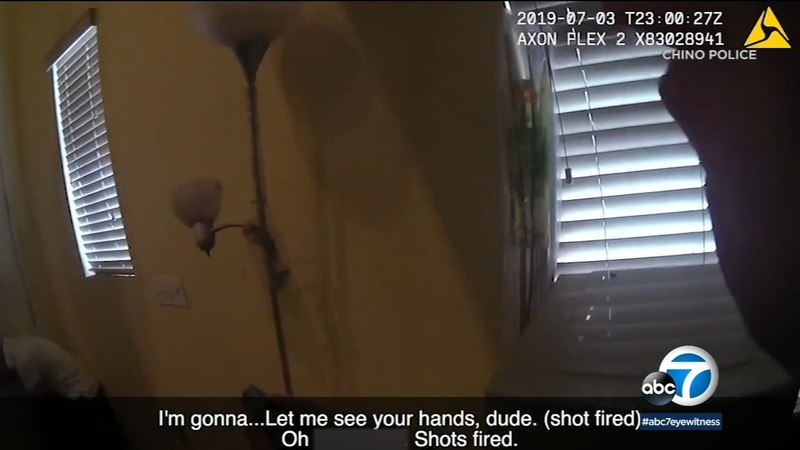 CHINO, Calif. (KABC) -- The Chino Police Department released body camera video of a deadly encounter between an officer and a suspect during a search of a Chino home last month.

The incident happened on July 3 when officers served a drug-related search warrant in the 6800 block of Rockrose Street.

Video shows the officers entering the house when they found a 53-year-old woman who was immediately taken into custody.

As officers searched the rest of the house for more people, they found the suspect hiding behind a door. Video shows one officer telling the suspect to show his hands when gunshots can be heard ringing out. It's unclear exactly which officer opened fire.

Officers tried to render aid to the wounded suspect but he later died at the hospital. Police identified him as 49-year-old Li Xi Wang of Fontana.

There were no weapons found in the house.

The woman was arrested on charges of illegally cultivating marijuana and grand theft of electricity.