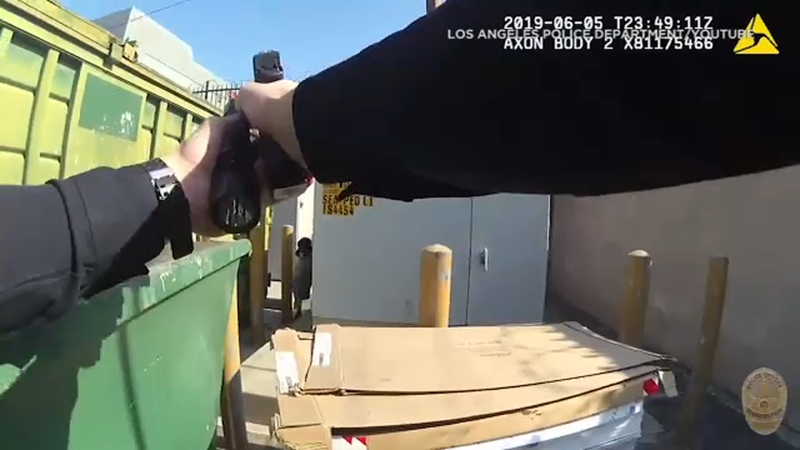 The Los Angeles Police Department said the June shooting started after officers assigned to the Hollenback Area Gang Enforcement conducted a traffic stop on a car with illegally tinted windows.

It was then that a passenger, identified as 27-year-old Jose Abel Iribe, fled from the vehicle as officers ran after him.

Video shows officers shouting commands at Iribe during the foot pursuit, but he didn't listen and the officer-involved shooting occurred.

A man is injured and a woman is in custody following an officer-involved shooting in Boyle Heights on Wednesday.

The suspect continued to refuse to follow orders as officers attempted to take him into custody.

A Taser was used and Iribe was transported to a local hopital where he was treated for a gunshot wound.