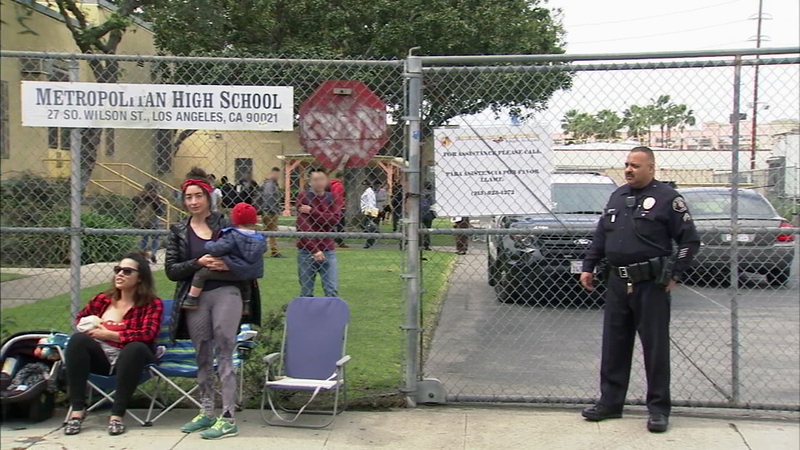 The longtime teacher is mother to 1-year-old Solana. For the past two months, Reyes would have her nanny bring Solana to school every day and she would breast-feed her in the classroom while her students were at lunch.

But last week, Reyes was told she had to pump her breast milk in a counselor's office and could no longer bring her daughter on campus.

Reyes was told by her superiors not to talk to the media, but her friends and supporters had plenty to say.

"I think it's preposterous to ask someone to come outside in a clearly diesel-infected area to provide lunch for their youth," mother Nicolette Morales said.

"It's stressing her out, it's not only difficult for her to sit on the street to nurse, but she's also producing less milk because we all know if you're stressed out you produce less milk," mother Jenn Sherry Parry said.

"When kids don't feed off a bottle it promotes a challenge where they're not going to grow with the same nutrients as they would," Morales said.

In a statement, LAUSD said it was in full compliance with federal and state laws regarding lactation in the workplace.

"We have interacted with and have been both flexible and reasonable with the employee to accommodate her needs in accordance with our policy," the statement said in part.

However, the issue of having a space to lactate wasn't in question. What Reyes wants is to be able to breast-feed her daughter in a quiet, safe space at school.