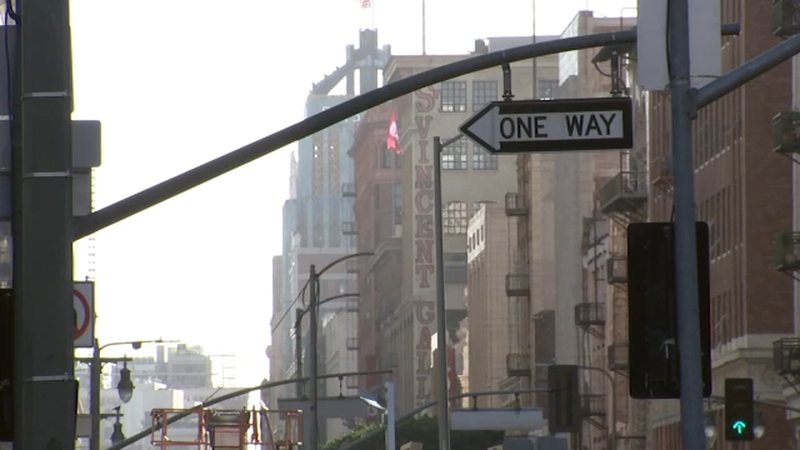 LOS ANGELES (KABC) -- The lights, the glamour, the shows. For years, Downtown Los Angeles' Broadway was the center of the live theater and movie palace universe.

Huizar proposed that the City study creating a pedestrian-friendly corridor with no vehicle traffic on Broadway between 1st and 12th streets.

The councilman says the area has already benefited from an economic development initiative called "Bringing Back Broadway," and the car-free concept would further enhance businesses.

Some visitors to the area are skeptical.

"I think they've got a lot of pedestrian aspects to it, but if you close down this street, it's just going to create more traffic and more problems for all the neighboring businesses as well," said Greg Valentine from Huntington Beach.

Dani Ardilla from Torrance was a little more receptive to the car-free concept.

"I think it would give more people time to actually see what's here, so they could visit everything. Yeah, I think it's a good idea," Ardilla.