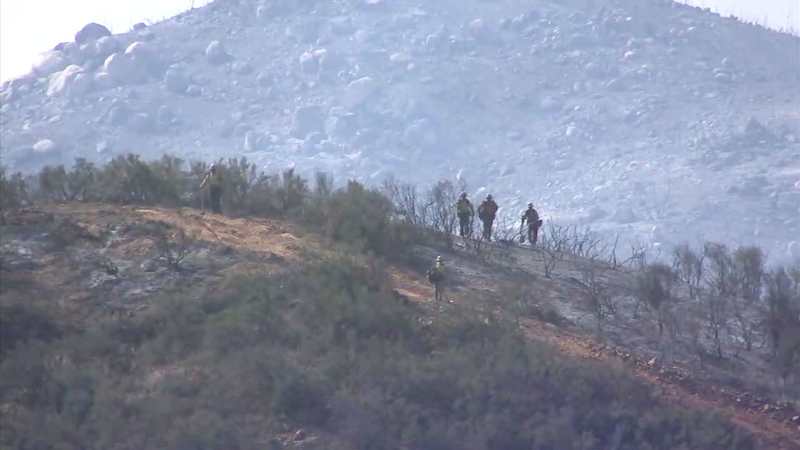 All evacuation orders were lifted late Friday in the La Cresta and Wildomar areas, where about 200 homes were under evacuation.

The blaze was sparked by a motorcycle crash south of Lake Elsinore on Thursday afternoon, according to the California Highway Patrol. The rider had minor injuries.

There were no reports of injuries and no structures were damaged in the brush fire, a Cal Fire spokesman said.