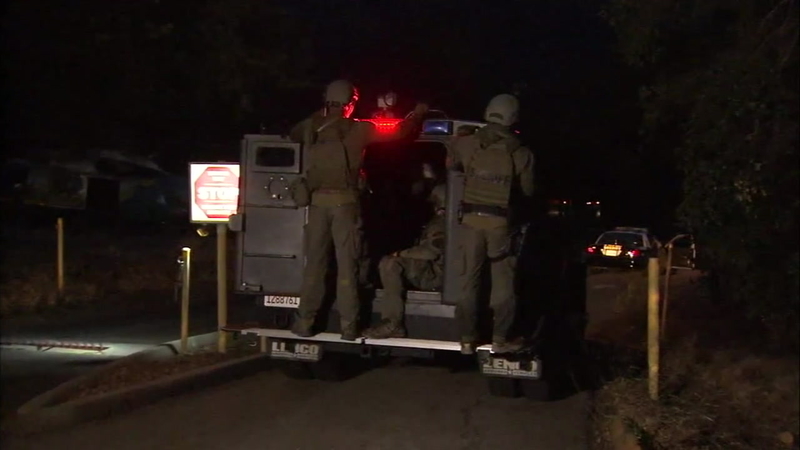 CALABASAS, Calif. (KABC) -- Following a string of burglaries, an unsolved murder mystery and multiple reports of shots fired in the Calabasas area, some communities feel shrouded in fear.

Detectives say the person who used a rock to break a glass door and a vending machine could be the same suspect in eight other burglaries, including one from a week ago at Malibu Valley Farms. Investigators say in that case, a man who took only food was seen on video carrying a rifle.

Residents say they are shocked to hear about the break-in and are more fearful for their own safety.

The Los Angeles County Sheriff's Department told Eyewitness News that nothing links the burglaries to the shooting death of Tristan Beaudette, a father who was camping with his two girls in June.