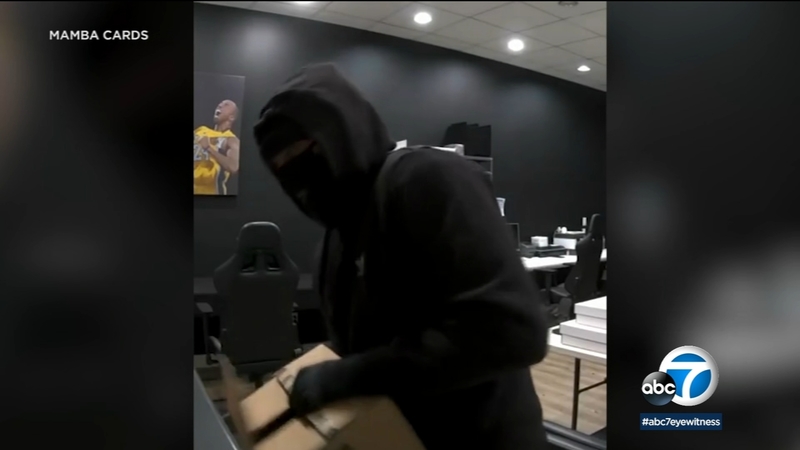 Surveillance video shows the masked burglars taking box after box of valuable merchandise. They grabbed whatever they could get.

"They were looking for our sealed inventory - stuff that was sealed and stuff they can easily just grab," said Leor with Mamba Cards, who asked to not use his last name.

But at the same time they also grabbed items that were not worth much, says Daniel, also with the store. He thinks the burglars were amateurs hoping to get a score.

"We also saw them take items that don't have any value, which tells me that they may not know what they were taking," he said.

Mamba Cards shared surveillance video of the burglary on Instagram.

Target has announced that it will temporarily stop selling trading cards -- of both the sports and Pokémon variety -- in stores following a recent violent dispute at one of its locations.

The break-in occurred around 3 a.m. Tuesday, and the store owners found the door in pieces and shelves empty that morning. The company deals in rare, valuable trading cards.

During the pandemic, sports cards increased in price astronomically. Some items were valued in the tens of thousands of dollars.

Each case has 12 boxes so that alone could value $160,000. The sports cards are so rare that if people try to sell them, experts will know where they came from. They say it's a tight-knit community.

"We made a pretty big announcement so everyone in the community is aware of what was stolen and anything that's suspicious they'll come forward," Leor said.

The owner of Mamba Cards hopes by releasing the video someone might recognize the burglars.