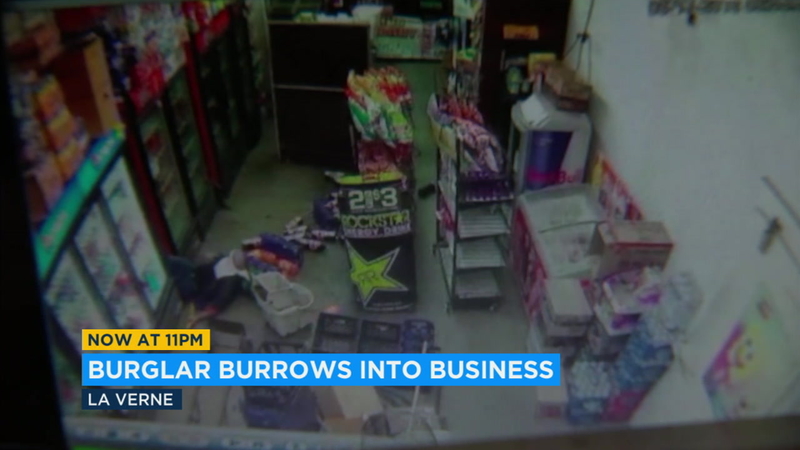 LA VERNE, Calif. (KABC) -- A suspected burglar who burrowed into a business in La Verne ended up behind bars.

Surveillance video shows the suspect breaking into the store through a tunnel in the floor.

La Verne police say they responded to a burglar alarm at a store on White Avenue and First Street over the weekend.

They saw a hole in the wall and then found a guy hiding inside.

Officers determined the suspect tunneled into the store to steal.

They found a mask, burglary tools and stolen property.