HOUSTON -- Authorities have arrested the man who they say was one step away from hitting a little girl as she got off the school bus in Texas.

Julio Coreas, 18, was arrested and charged with reckless driving.

On Aug. 28, Josephine Kirk-Taylor posted a video on her social media showing a speeding car zip past a school bus, nearly hitting her daughter.

RELATED: Mom sends warning to parents after child almost hit by car while getting off school bus

Kirk-Taylor was standing outside of her apartment complex with her two other children recording a video of her daughter as she got off the bus from her second day of kindergarten.

The mother could be heard screaming for her daughter to stop walking across the street so she wouldn't be hit.

"Thank God, the girl reacted to the reckless indifference and disregard for state law that is designed to protect the most precious cargo on our roads, and that's our children," Houston Police Chief Art Acevedo said. "If it wasn't for her self-awareness, we might have had a different conversation today."

During a press conference on Wednesday, Chief Acevedo thanked the mother for capturing the video and being persistent in the case.

"Our initial response wasn't as good as it should have been, but the mom stayed persistent," Chief Acevedo said.

Since the incident, Chief Acevedo says the Houston Police Department, along with the Harris County Sheriff's Office and DPS, have enforced a citywide School Area Safety and Enforcement Program which aims to crackdown on reckless driving.

From Aug. 26 - Sept. 6, HPD issued 1,000 citations to drivers who were caught speeding through school zones and violating safety laws, according to Chief Acevedo.

"We're going to continue to target people who pass school buses. Our traffic enforcement division is actually following school buses in unmarked cars, and they're calling out violations," Acevedo said. 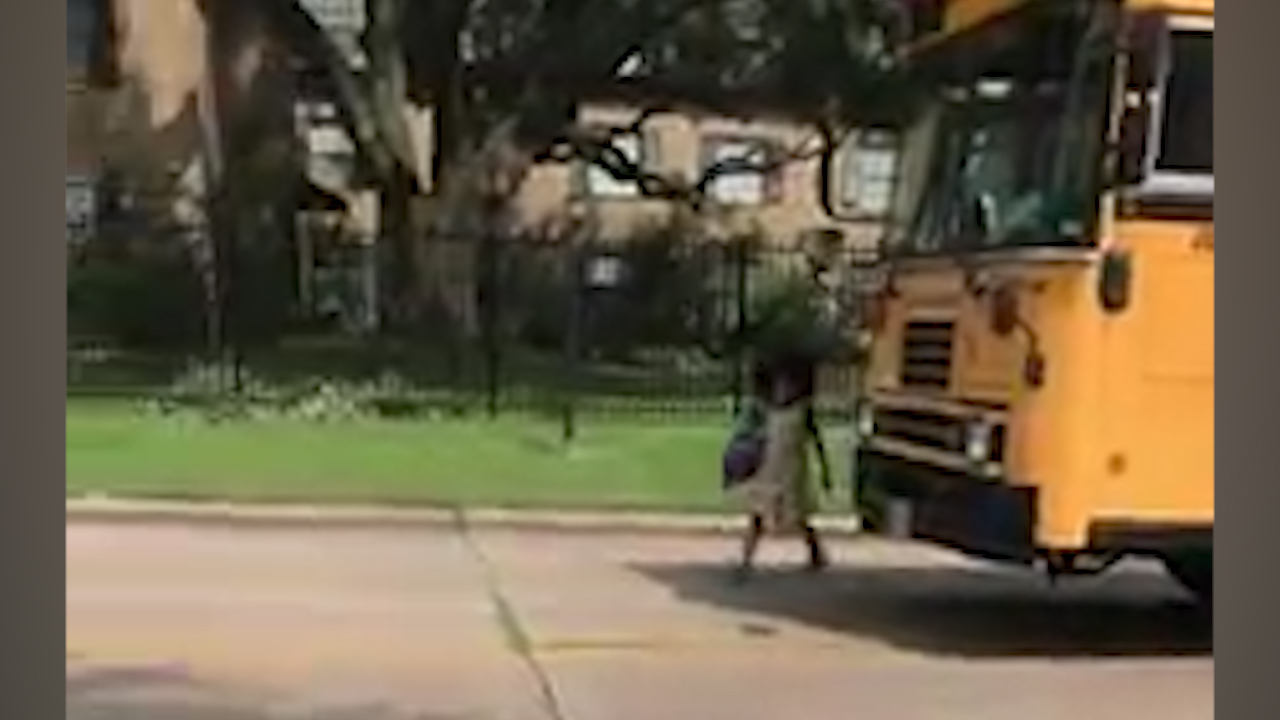