The announcement is major step in California's emergence from shutdown orders issued in March to slow the spread of the coronavirus.
KABC
By Josh Haskell 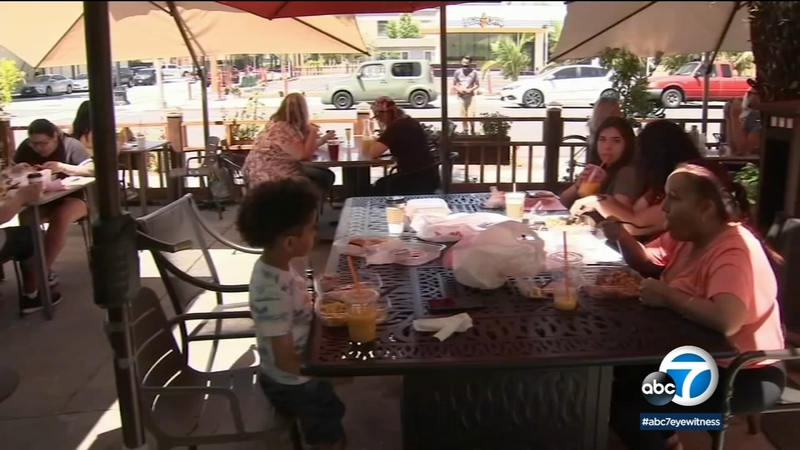 LOS ANGELES (KABC) -- Officials announced on Monday they will update a health order to now allow all retailers to open in Los Angeles County. The announcement comes after state officials said in-store shopping will be permitted throughout the state with approval from county health officials.

The California Department of Public Health made the announcement on Monday, a major step in California's emergence from shutdown orders issued in March to slow the spread of the coronavirus.

On Twitter, Los Angeles County Supervisor Janice Hahn said "all retail stores statewide will now be able to reopen for in-store shopping under the same rules Target and Walmart have been able to operate under throughout this crisis."

Just heard back from @CAgovernor @GavinNewsom.

ALL retail stores statewide will now be able to reopen for in-store shopping under the same rules Target and Walmart have been able to operate under throughout this crisis. https://t.co/5YggUVmhbk

On May 21, Hahn said on Twitter she wrote to Gov. Gavin Newsom and proposed he amend the state's health order to allow all retailers re-open with limited capacity, mask requirements and physical distancing.

"If Target can sell swimsuits or shoes or greeting cards or makeup, why couldn't some of these smaller retailers - who also sell shoes and swimsuits and greeting cards and makeup - why couldn't they operate, again, under the same protocols?" Hahn told ABC7 in a Skype interview Monday. "You've got to be safe about this. But I think they can do it - as long as they, again, limit the number of customers, make sure people can physically distance, and have people wear face coverings.

"I think it's a real lifeline that has been thrown to our small businesses - at a time when many of them, frankly, were wondering whether or not they could make it."

Los Angeles Mayor Eric Garcetti's office said they are reviewing the guidelines to see when stores can begin reopening in the city.

"We welcome today's new state guidelines and will consult with County officials about how quickly we can loosen restrictions in the City of Los Angeles," the mayor's office said.

Retail does not include personal services such as hair salons, nail salons and barbershops.

Reopening is subject to approval by county public health departments.

It was unclear when Los Angeles County might act to facilitate the resumption of in-person shopping. County retail businesses inside enclosed shopping malls were allowed to reopen this weekend, but only for curbside pickup service.

Neighboring counties including Ventura, San Bernardino, Orange and Kern have already received approval to proceed into Phase 2 of the state's reopening plan.

The Los Angeles County Board of Supervisors on Tuesday is scheduled to vote on a motion, supported by Hahn and fellow Supervisor Kathryn Barger, that the county follow the request of the North County Coalition -- comprised of Palmdale, Lancaster and Santa Clarita -- to allow for on-site dining in restaurants, with proper face coverings and physical distancing.

If the motion passes but Newsom does not approve a countywide change, the three cities are expected to request a variance.