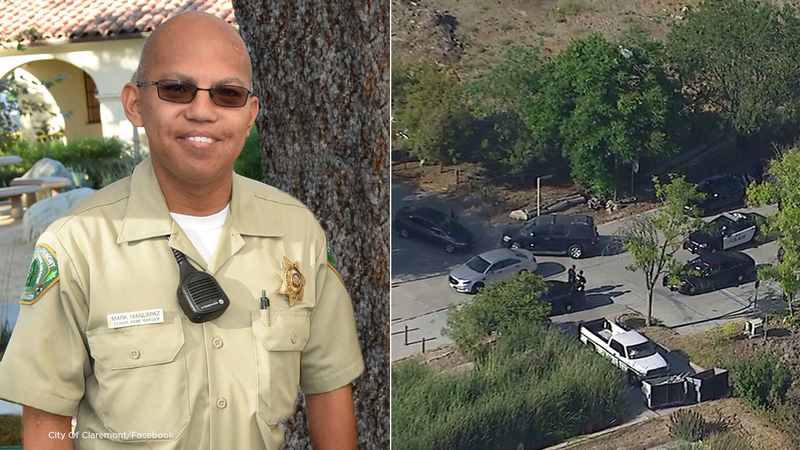 POMONA, Calif. (KABC) -- A Cal Poly Pomona security officer who was fatally stabbed on campus on Friday has been identified.

The city of Claremont announced on its Facebook page Tuesday that Mark Manlapaz was a senior park ranger and was working as one of the school's public safety specialists when he was attacked.

Manlapaz was a Claremont park ranger for three years and a 16-year veteran of the Cal Poly Pomona Campus Security team, the post said.

"Mark was a friendly, helpful, and dedicated figure in the Claremont Wilderness Park and on the campus of Cal Poly Pomona. He will be greatly missed by his family, co-workers and the community," the statement read in part.

Manlapaz was found stabbed to death in the driver's seat of his truck by a coworker. At the same time the 37-year-old victim was found, authorities said they received calls from another part of the campus about a man acting strange.

A Cal Poly Pomona public security specialist was stabbed to death and a suspect died in an officer-involved shooting on the campus Friday afternoon.

Pomona officers and campus police headed over to that area and encountered the suspect. At some point, an officer-involved shooting occurred, and the suspect was shot and killed, according to Pomona police Chief Michael Olivieri.

Investigators were working to determine if the suspect and victim knew each other.

A community vigil will be held Thursday at 5 p.m. at Lewis Park, located at 1700 Danbury Road in Claremont.