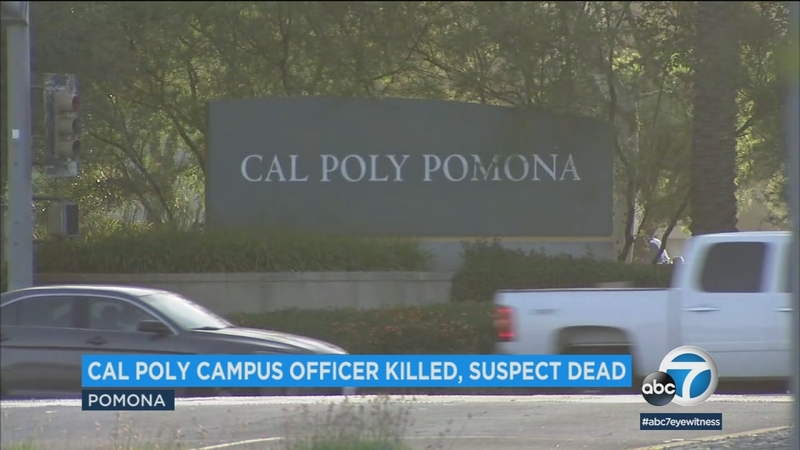 POMONA, Calif. (KABC) -- A Cal Poly Pomona public security specialist was stabbed to death and a suspect died in an officer-involved shooting on the campus Friday afternoon.

Authorities received calls for help over a possible stabbing from campus police around 4:30 p.m. A public security specialist was found stabbed to death in the driver's seat of his truck by a coworker.

At the same time the 37-year-old victim was found, authorities said they received calls from another part of the campus about a man acting strange.

Pomona officers and campus police headed over to that area and encountered the suspect. At some point, an officer-involved shooting occurred.

The suspect was shot and killed, according to Pomona police Chief Michael Olivieri.

During an evening press conference, Lt. John Corina added that witnesses said the suspect was a custodian on campus, but investigators were still working to confirm that information.

A knife was also recovered at the scene of the officer-involved shooting, Corina said.

Investigators were working to determine if the suspect and victim knew each other.

Olivieri, who issued information in a series of tweets earlier in the day, said there were no additional suspects but a search took place on campus as a precaution.

L.A. County sheriff's officials said a Pomona officer and a campus police officer opened fire. Neither officer was injured in the shooting.

A safety alert was issued on campus, urging students to stay away from the south end and Lyle Center.