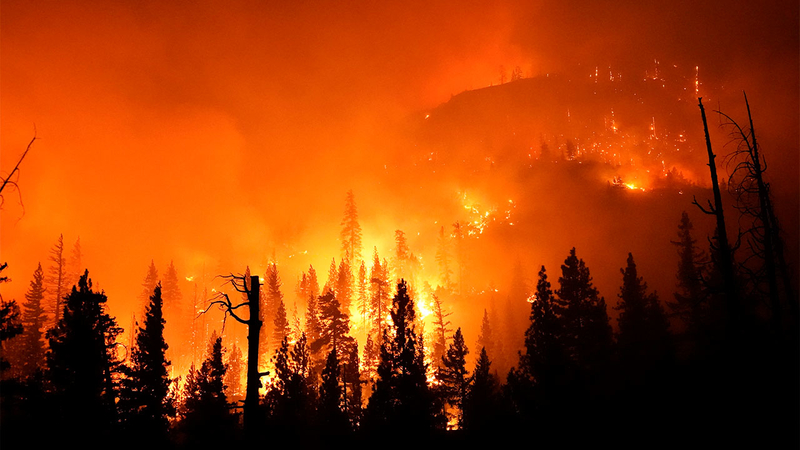 VALLEJO, Calif. -- After closing eight national forests in the southern half of the state earlier in the week, the U.S. Forest Service closed California's 10 other national forests Wednesday.

In announcing the closure, USFS cited "unprecedented and historic fire conditions throughout the state."

"The number of large fires and extreme fire behavior we are seeing across the state is historic," regional forester Randy Moore said in a news release. "These temporary closures are necessary to protect the public and our firefighters, and we will keep them in place until conditions improve and we are confident that national forest visitors can recreate safely."

California has set a record with nearly 2.3 million acres burned already this year, and historically the worst of the wildfire season doesn't begin until fall.