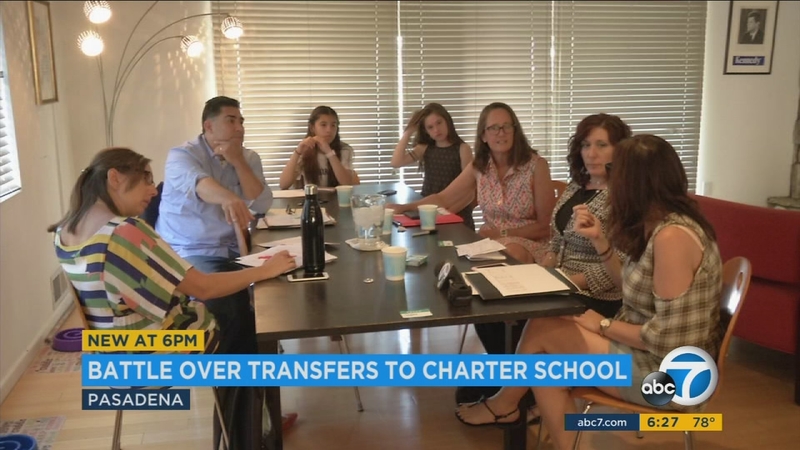 PASADENA, Calif. (KABC) -- Some parents are frustrated after the Pasadena Unified School District denied their request for a transfer to a prestigious new charter school in Duarte.

The parents said after months of auditions, their children were finally accepted to the California School of the Arts. But the Pasadena school district has denied them a permit that would allow their children to attend the school, which also happens to be outside of the district.

"We have 17 families that are trying to get their kids into the seventh and eighth grade programs that are being denied permits. Out of 15 school districts that will actually be going to CS Arts, there were only two school districts that denied the permits to the students and Pasadena Unified happened to be one of them," Cory Marshall-Pelayo said.

At a meeting held at a parent's home Tuesday, many shared their denial letters. CS Arts is a sister school to the Orange County School of Arts, which many said has an unparalleled arts program not offered at any Pasadena school.

"The absolute focus is they understand that these kids are almost professional. She works this hard. It's not a class she takes after school. It's not a little ballet class. It's a very serious sport that she's a part of," Katie Safford said.

Some parents said they were told that part of the denial is because the district already offers an art program. Dawn Sepuleda said her daughter went to Eliot Arts Magnet School and the art courses were limited.

"L.A. arts programs is just beginners. They don't have intermediate or advanced," she said.

Many parents believe the district is denying the permits to not lose state funding.

"The actual school gets paid for each student that attends there so the school obviously wants more money so they can improve their program," Sepuleda said.

Another mother said that would make sense if the kids were part of the school district, but most of the students requesting the permit she said attend private schools or are home-schooled. But they still have to get permits.

Eyewitness News reached out to the school district, but despite numerous attempts have not heard back.