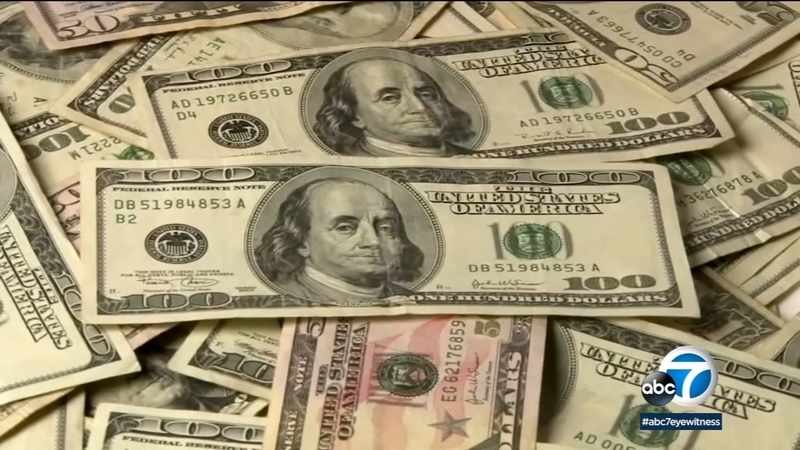 Here's when most Californians can expect another stimulus check

Andrew LePage of the California Franchise Tax Board says people eligible will receive checks between $500 and $1,100 in most cases.

LePage says people will typically qualify with an income of less than $75,000 last year, have lived in California for most of the year, live in the state now, are not claimed as a dependent and filed 2020 taxes before Oct. 15, 2021.

Are children the only people who qualify as dependents, or are adult dependents also factored in?

"There are others who can qualify, and it gets a little technical," LePage said. "That's laid out on the website, ftb.ca.gov."

People with ITINs instead of Social Security numbers will receive $1,000 with a dependent.

Though more jobs are opening up, millions of Californians are still receiving unemployment benefits -- and still facing challenges with getting their EDD questions and concerns answered.

For everyone, the number of dependents isn't a factor.

"It's just based on whether you have one or more dependents, not based on the number," LePage said.

Though the funds were previously expected to arrive at the end of August, Gov. Gavin Newsom announced Thursday that the state will start issuing payments beginning this Friday, and will continue issuing them on a two-week basis.

Direct deposit payments will arrive first, followed by paper checks - a process similar to how federal stimulus checks were distributed.