Glendora police arrested and released a man three times in one day, blaming California's new zero-bail policy for their inability to keep the suspect behind bars.
KABC
By ABC7.com staff 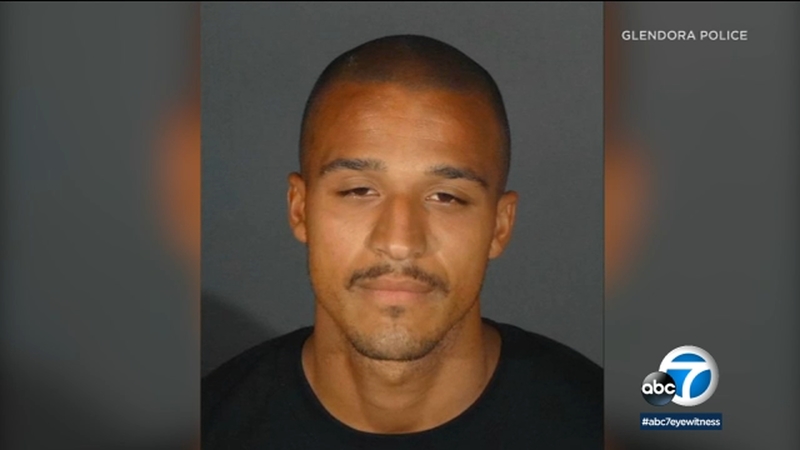 GLENDORA, Calif. (KABC) -- Glendora police this week arrested and released a man for allegedly stealing cars and other property three times in the same day, blaming California's new zero-bail policy for their inability to keep the suspect behind bars.

In early April, the California Judicial Council established a new policy setting bail at zero for most misdemeanor and low-level felonies to keep the jail population lower during the coronavirus crisis.

As a result, Glendora police say, they were unable to keep a car theft suspect in custody, and ended up arresting him three times in the span of 12 hours for separate thefts, the final one resulting in a car chase.

The first arrest was Wednesday morning, after officers responded at 8:28 a.m. to a report of a man trying to break into vehicles on South Grand Avenue. By the time officers got there, the man was allegedly driving off in a stolen vehicle. Police arrested the suspect, and say he also had stolen property and drugs with him.

The suspect was identified as Dijon Landrum, 24, from Monterey Park.

Glendora police arrested Landrum, but say they were unable to keep him behind bars because of the state zero-bail policy. Landrum was issued a citation and released.

California's Judicial Council has begun moving toward setting bail at zero for most misdemeanor and lower-level felonies in an attempt to limit the spread of the coronavirus in jails statewide by reducing the number of inmates.

Only an hour after he was released, police got a call about a man walking around a neighborhood near Bennett and Pennsylvania, carrying a box and walking through front yards. He was allegedly picking up items from the yards and putting them in the box as he walked through the neighborhood.

Officers showed up and found Landrum in the neighborhood with stolen items in his possession. Again, he was issued a citation and released.

Later that night, at 8:49 p.m., police were called about a vehicle that had been stolen from a parking lot in the 1300 block of South Grand Avenue. With help from the Sheriff's Department and the CHP, authorities tracked down the vehicle heading westbound on the 10 Freeway in La Puente.

They chased the driver and eventually caught up to him in Pasadena and again arrested Landrum, for possession of a stolen vehicle and for evading officers. Once again, he was issued a citation and released.

The zero-bail policy was established as California jails and prisons cope with outbreaks of coronavirus among the inmate population.

In places like the Terminal Island federal facility in San Pedro, there have been at least five inmate deaths and hundreds of cases among inmates and staff.