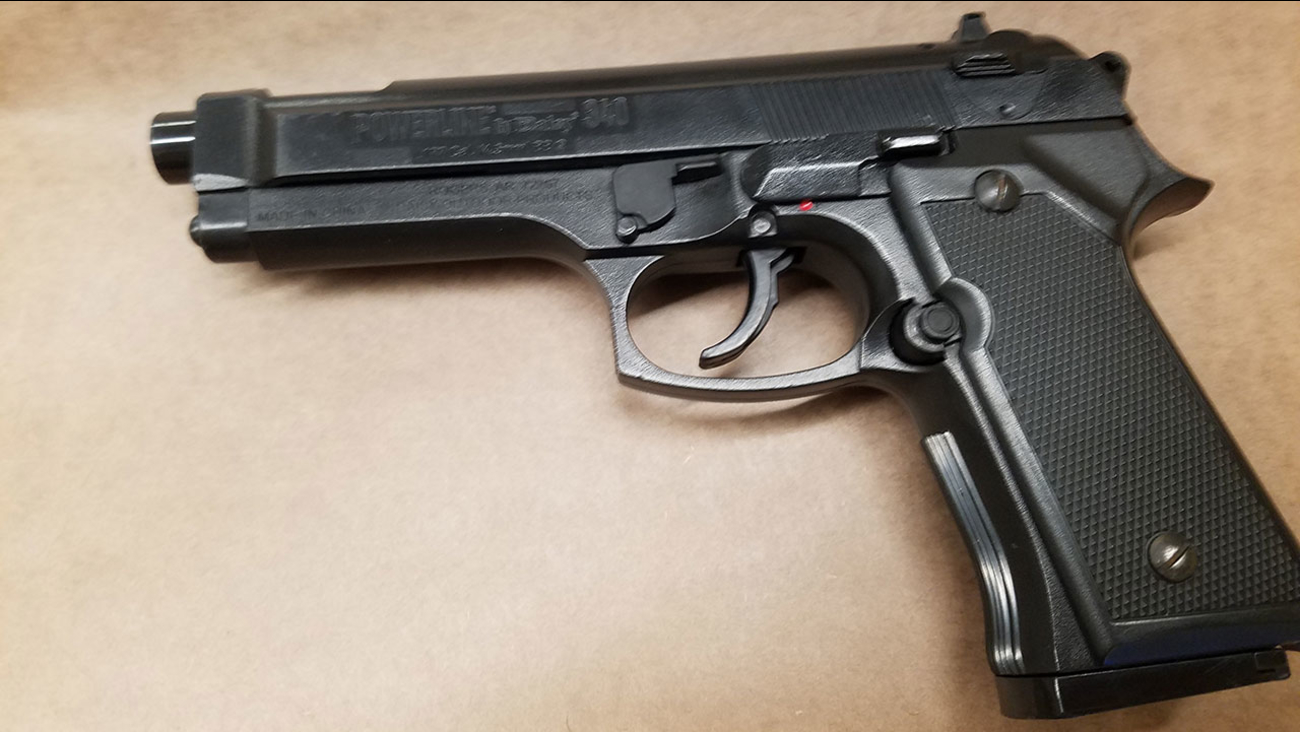 CAMARILLO, Calif. (KABC) -- A student at a Camarillo high school was arrested for allegedly bringing a replica gun onto the campus, police said.

Camarillo police say the 17-year-old student was seen in a social media video displaying what appeared to be a handgun while on the campus of Frontier High School. They say there was no threat to other students made while he was displaying the weapon.

School police investigated and found the student at school, but did not find a weapon on him at that time. Officials later say they found a BB gun at his home that resembled a 9mm Beretta handgun.

The student was arrested for felony possession of a weapon on school property and brought to juvenile hall.

"The Camarillo Police would like to remind the public that bringing any type of weapon onto a school campus or the allegation of a weapon on campus is taken very seriously and investigated thoroughly," the department said.
Report a correction or typo
Related topics:
camarilloventura countyschool safetybb gun
Copyright © 2021 KABC-TV. All Rights Reserved.
More Videos
From CNN Newsource affiliates
TOP STORIES