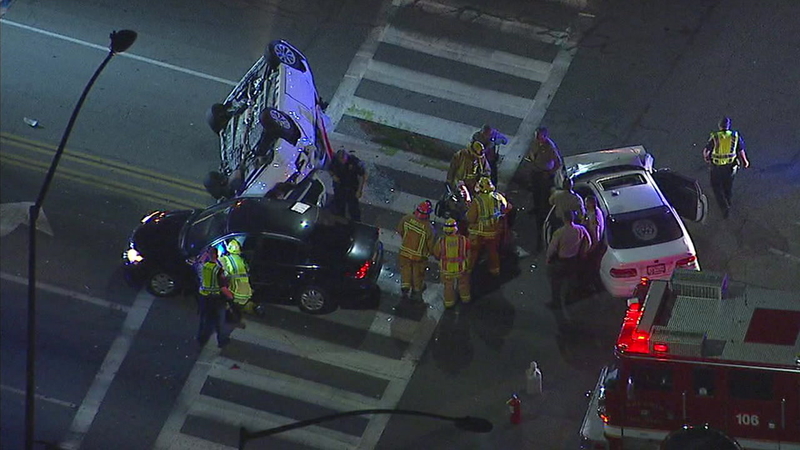 Pursuit ends in Arcadia with possible DUI suspect in custody

ARCADIA, Calif. (KABC) -- A pursuit ended in a violent crash in Arcadia Monday night when a possible DUI suspect crashed into two vehicles, leaving one of the cars involved flipped over.

The pursuit, which originated in Pasadena on the 110 Freeway after a report of reckless driving, ended outside the Santa Anita Mall at the intersection of Huntington and Baldwin.

Footage from AIR7HD showed firefighters attending to people involved in the crash, including at least one person who was transported on a stretcher.

The suspect was handcuffed and taken into an ambulance.

The driver ran stop signs and was heading eastbound on Huntington Blvd through Rosemead, going as fast as 80 mph on surface streets. Los Angeles Sheriff's Department deputies began pursuing the vehicle at about 9:30 p.m. before the driver crashed.

Details regarding how many victims were involved were not immediately available, but no serious injuries were reported.