One resident claims her children are affected by the odor and claims it's giving her heartaches and nausea.
KABC
By Leo Stallworth 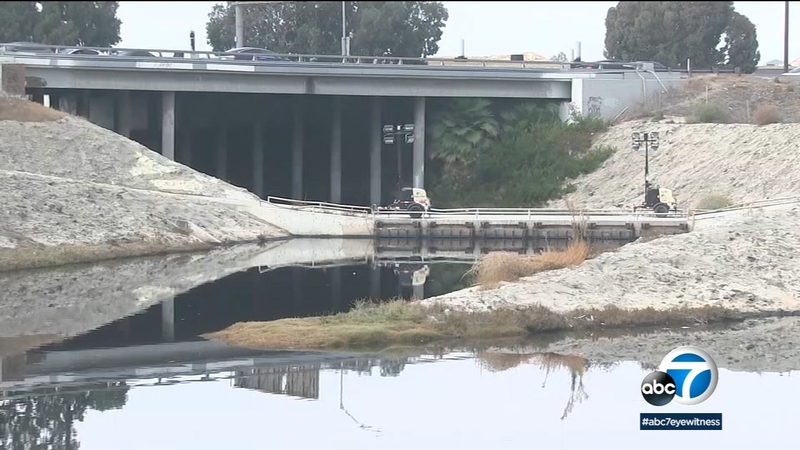 CARSON, Calif. (KABC) -- Carson resident Monique Alvarez has had it with the putrid odor coming from the Dominguez Channel that's been lingering in the air for more than two weeks now.

"I can't help but feel we are battling chemical warfare in our own homes," she said. "The negative impact to our bodies, minds, and spirits is so great."

Ana Meni, another Carson resident, said her children are affected by the odor and claims it's giving her heartaches, nausea and is causing her throat to hurt and her eyes to burn.

Residents say the odor - which has been attributed to hydrogen sulfide by city officials - is no longer just a nuisance. They believe it's now a health emergency.

Carson Protesters say leftover debris from last month's pallet fire hasn't been picked up and could be adding to the Dominguez Channel smell.

Meni said many residents have reported getting bloody noses, rashes and even hair loss.

Now, a class action lawsuit has been filed against companies involved in a fire which left debris flowing into the channel.

The lawyers claim the companies failed to clean up the debris, leaving it to float in the channel to create the odor from the hydrogen sulfide.

Attorney Carlos Urzua said an investigation showed that owners of a warehouse stared a fire Sept. 30 and allowed debris and other chemicals into the Dominguez Channel, causing a combustion leading to the hydrogen sulfide.

The complaint also names the owners of the warehouse, Prologis, Inc. and Liberty Property, LP. The attorneys claim that the odor is dangerous for residents to inhale and is making many of their clients sick.

READ ALSO | Still smelling that foul odor in the Carson area? Here's what public officials want you to know

Meanwhile, the L.A. County Department of Public Health along with other agencies held a Zoom news conference saying this in regards to residents getting ill from the odor.

Dr. Muntu Davis said since the beginning of the incident, they have had five air quality readings, all of which detected low levels.

Symptoms tend to go away when you leave the area, or when the odors decrease and are no longer present.

Eyewitness News reached out to the companies named in the complaint but did not receive a response.