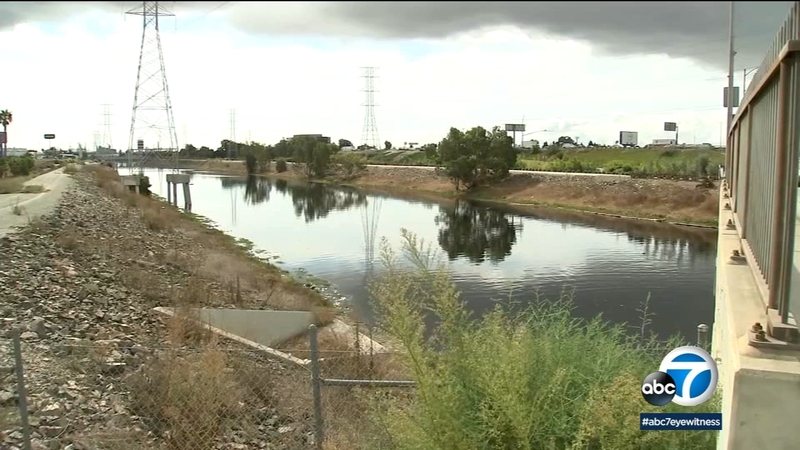 CARSON, Calif. (KABC) -- Frustration is mounting among residents in the Carson area after a week of living with a stench in the air that officials believe is coming from the Dominguez Channel.

Residents say the smell began last week and has only gotten stronger - especially in the middle of the night - and so has their frustration with city and county officials who they say have been ignoring their pleas for help.

"It's making us sick. I've been suffering with migraines - not only me but a lot of friends, family members, neighbors have been complaining about sickness," said Lorena Rodriguez. "Me and my husband have been throwing up - not only us, but our animals."

Over the weekend, authorities say testing revealed low levels of hydrogen sulfide may be to blame for the overwhelming odor, which some have described as a combination of sewage, rotten eggs and gas. They believe it's coming from organic matter drying out on the banks of the channel after low tide.

A foul odor in the air that has not gone unnoticed by residents in the Carson area is believed to be coming from an organic material drying out in the Dominguez Channel.

However, how they'll remedy it remains up in the air along with the nauseous smell.

"I can't really predict for you how long it will go, but as long as the material is there and we have the conditions we have right now - no rain - it could continue and it could be intermittent," said Mark Prestrella, director of the Los Angeles County Department of Public Works.

Some who live right next to the channel are angry that they haven't been evacuated from their homes due to the smell and put up in hotels outside the area. They say officials aren't doing enough to clear the air.

Some Carson residents have been smelling something strange in the Dominguez Channel, which bisects the city from the interchange of the 405 and 110 Freeways to Pacific Coast Highway.

The Carson City Council is set to hold a special meeting Monday to declare the foul smell that's taken over the city a "public nuisance." The city also says it will be providing residents with special HEPA filters.