Police arrested him after he allegedly used social media to contact the mom of a 7-year-old boy he reportedly victimized.
CNNWire 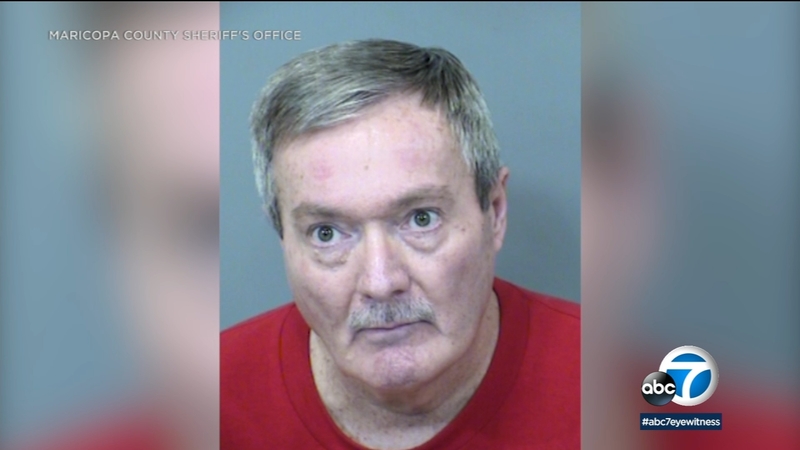 PHOENIX -- A convicted sex offender from California has been arrested in Phoenix after failing to register his Facebook and email accounts as required. The man has made national headlines, going by the name "Mr. RTK," which means "rape, torture, and kill."

Police arrested Cary Jay Smith, 61, Wednesday after he allegedly used social media to contact the mom of a 7-year-old boy he reportedly victimized. Officers found him at an apartment near 19th Avenue and Hatcher Road.

"I didn't respond, I just let him be. Hoping he would keep doing it. I notified the attorneys out here," Lynn Rinner, the mother of that 7-year-boy said.

Rinner said Smith stalked her son. She attended every hearing, hoping to keep him out of the community. The case dates back to 1999. He was released from that California psychiatric facility back in 2020. A controversial decision Rinner fought.

"It's frustrating that he's never been criminally convicted of anything and he more than deserves it. But the system has kept a back door approach to keep him locked up," she said.

Court documents say Smith admitted contacting the woman several times and sending her messages saying he was "back around." Smith told investigators he was upset about what the mother had said about him online and "he wanted her to think he was back in California" to scare her.

"It is really nice to finally, hopefully have some criminal charges that stick for him, and you know, hopefully he'll spend some time locked up so we don't have to worry about him getting out, Rinner said.

Authorities say Smith was released in 2020 after 21 years at a California state psychiatric facility.

Smith faces one count of failing to register as a sex offender. Arizona's Family obtained the initial court appearance for Smith. It listed what mental conditions as: schizophrenic disorder, pedophilic disorder, and sexual sadism disorder. A Maricopa County judge held him under a $10,000 cash-only bond. Should he post bail, he would not be allowed to have any contact with minors, possess any weapons, hold any drugs that don't have a prescription, and he would not be able to consume any alcoholic beverages.