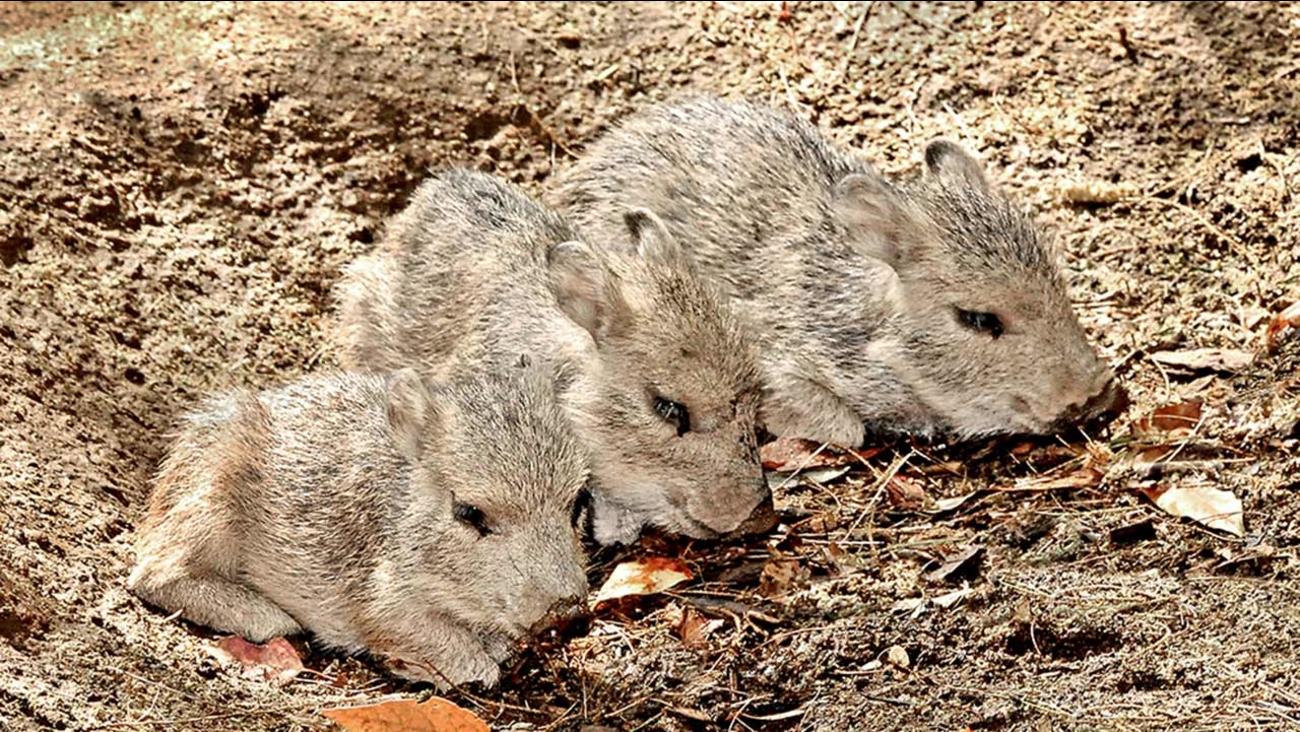 The triplets were born on June 3. They can now be seen on exhibit daily during zoo hours.

The animals, found primarily in Paraguay and Bolivia, are said to be very social and have a strong resemblance to pigs.

Zoo officials say there are less than 3,500 of these animals found in the wild. The species was thought to be extinct and was only known by fossil records up until 1972 when they were discovered in the Chaco area of Paraguay.

The Los Angeles Zoo is among 18 zoos where the animals can be seen outside of Paraguay. The L.A. Zoo says it is working with the Chaco Center for the Conservation and Research to help care for and breed this species.