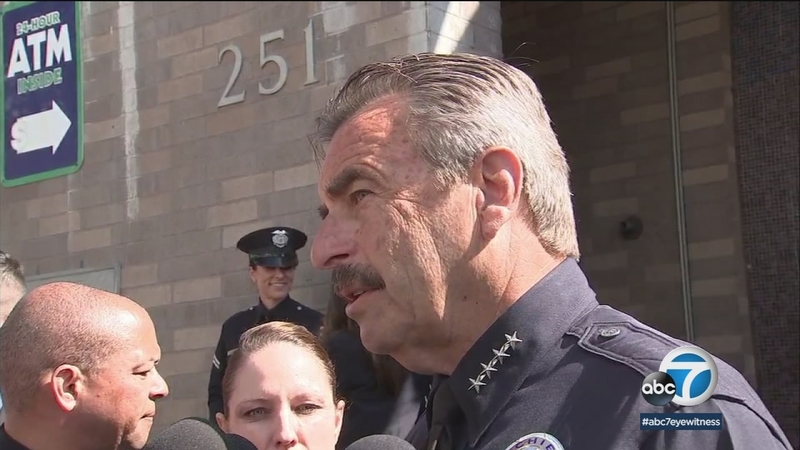 Beck, who announced his retirement from the department in January, was sworn in as chief in 2009 and forged a career that spanned more than four decades. He will retire at the end of next month.

"I'll miss the people. These are great, great human beings that have tremendous hearts, that believe in what they do, and that do an impossible task," Beck said.

The Los Angeles Police Commission narrowed down Beck's replacement to three candidates on Monday. Mayor Eric Garcetti will select one candidate, who will have to be confirmed by the city council.

At Beck's final inspection of the Central Area Police Station, he spoke briefly of the scrutiny facing police departments all across the country, including LAPD's most recent use-of-force where a suspected prowler in South Los Angeles died during an encounter with police.

Beck said a Taser and bean bags were used on the suspect who was under the influence of narcotics. The investigation is still ongoing.

"We strive to give accurate information," Beck said. "Any information that is given out prematurely without a preliminary investigation is very, very likely to be inaccurate, so you're always trying to balance speed with accuracy."

Beck said he recognizes he is leaving during a time when police departments are under extreme scrutiny for use-of-force, but believes the LAPD is the department that will lead the way for the rest of the country.