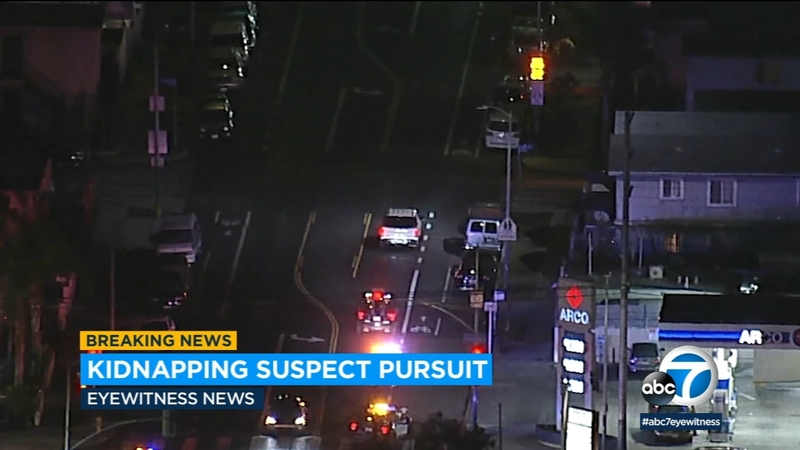 SOUTH LOS ANGELES (KABC) -- Two young children were rescued and a kidnapping suspect was taken into custody after a chase in the South Los Angeles area Tuesday evening.

AIR7 HD was over the pursuit shortly before 9 p.m. as multiple LAPD vehicles were chasing the white SUV while the two children were inside.

The suspect then drove to a residential neighborhood in South L.A. and parked in a driveway near an alley in the 200 block of East 95th Street. At that point, a standoff began and police later closed in on the SUV.

During the standoff, the suspect exited and re-entered the SUV several times before LAPD officers advanced.

Two children - ages 1 and 5 - were removed from the vehicle by officers. They were unharmed.

Police say the kidnapping suspect was being followed by a person who reported the incident until officers arrived.

The suspect surrendered without incident. His relationship to the children is unknown.

LAPD said the pursuit started around 8:20 p.m. and went through freeways and surface streets.