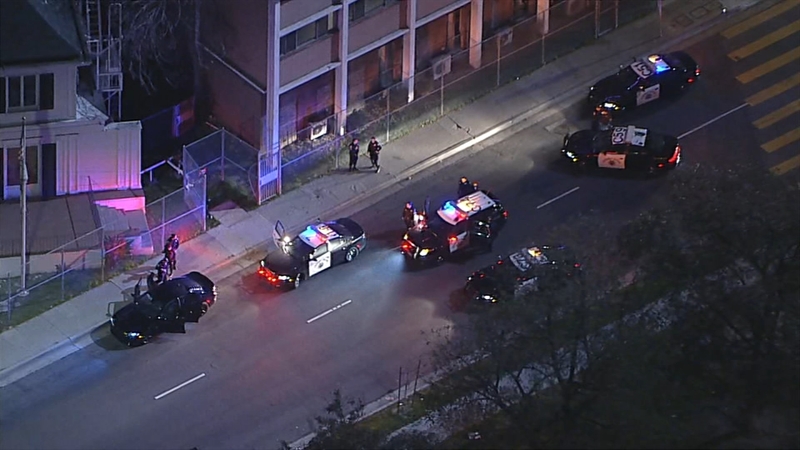 The driver of a Dodge Charger vehicle was going at speeds of over 100 mph on multiple freeways, including the 405, 10 and 110. During the chase, the suspect would zig-zag across lanes at extreme speeds.

LAPD says it initially broke up a street racing takeover at National Boulevard and Overland Avenue in the Palms area around 11p.m. That's when an LAPD helicopter saw the Dodge run a red light and drive in the wrong direction.

CHP later initiated the pursuit at around 11:30 p.m. on the 110 near the El Segundo Boulevard exit in Compton.

The pursuit topped speeds of more than 100 mph on the 10,110 and 405 freeways with the driver weaving in and out of traffic before he exited at La Cienega Boulevard and slowed to the speed limit.

At one point, another Dodge Charger pulled alongside and the two cars moved in unison and were passed by several California Highway Patrol units.

The two Chargers continued northbound on La Cienega Boulevard, then entered the eastbound 10 Freeway where the suspect was again spotted by CHP officers, who followed the suspect until he transitioned onto the southbound 110 Freeway, exited at Figueroa Street and pulled over near 23rd Street and Figueroa.

The driver and four passengers exited the vehicle and were taken into custody at around 11:50 p.m.