KABC
LOS ANGELES (KABC) -- After leading Los Angeles police on a high speed chase through West L.A. on Thursday afternoon, a driver was taken into custody without incident following a brief standoff with officers after the pursuit ended on a residential street in Inglewood.

The driver initially refused to exit the vehicle, which was stopped in front of a home near Inglewood Avenue and 99th Street as multiple LAPD patrol cars were positioned in a phalanx behind the sedan.

Authorities said chase began when officers responded to a report of a disturbance by a man with a gun.

Shortly after 2:30 p.m., about 20 minutes after the standoff began, the unidentified driver exited the sedan and lay face-down on the pavement as police approached with their guns drawn. He was then handcuffed and taken away. Driver in custody after high-speed pursuit through LA County 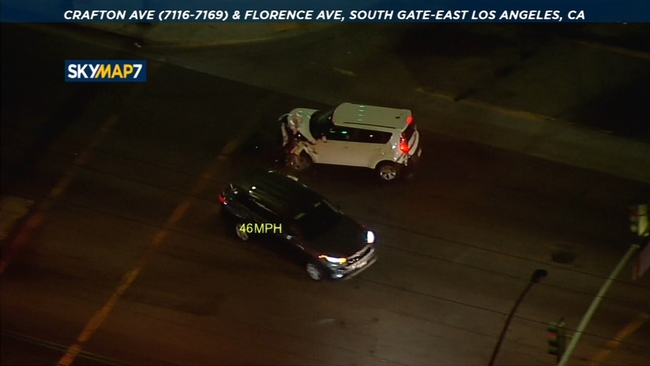 Suspect in custody after erratic chase in South Gate area