The suspect tried fleeing the scene but crashed into a wall less than a mile from where he struck the bicyclists.
KABC
By Leanne Suter 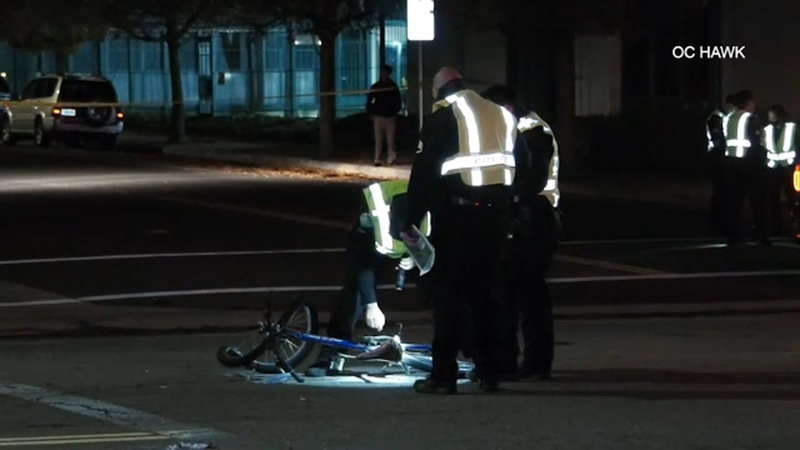 It happened at the intersection of Plummer Street and Lurline Avenue around 7:15 p.m.

According to the Los Angeles Police Department, the driver of a red Toyota truck hit a man and a woman who were riding bikes in the area. The bicyclists were pronounced dead on the scene.

Investigators say the victims appear to have been transients.

Some witnesses say the pair were throwing bottles and other debris into the street before the collision.

The suspect tried fleeing the scene but crashed into a wall less than a mile from where he struck the bicyclists, investigators say. According to witnesses, he hit several other vehicles before the crash and appeared to be under the influence.

"When we were driving back home, we got rear-ended on the left turn intersection ... we were just shaken up," said Kris Pantanilon. "Fortunately, we're not severely injured. Apparently, he hit multiple other cars before. He did not, like, stop at the scene."

The suspect was loaded into an ambulance and was placed into custody. Police say he'll likely face murder charges.