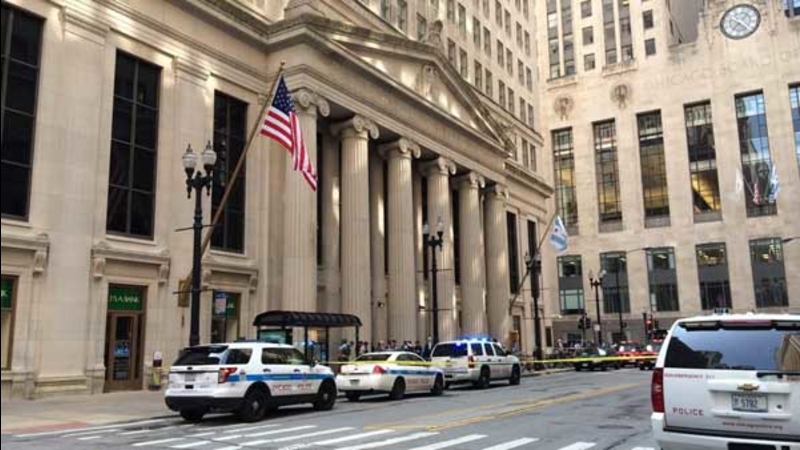 CHICAGO (KABC) -- A man who had just been demoted at work shot the company's CEO before turning the gun on himself inside the Bank of America high-rise building in Chicago's Loop Thursday.

Chicago Fire Department officials said the shots were fired around 9:50 a.m. on the 17th floor of the building at 231 South LaSalle St. A 59-year-old man, identified as Tony DeFrances, was pronounced dead at the scene of what appears to be a self-inflicted gunshot wound to the head.

A 54-year-old man, identified as Steven LaVoie, was transferred in critical condition to Northwestern Hospital by ambulance.

Police say the shooting appears to be a murder-suicide attempt. DeFrances had been demoted last Friday at the company, ArrowStream, which has been going through downsizing, Chicago Police Superintendent Garry McCarthy said at a news briefing. DeFrances allegedly shot the CEO of the company twice before turning the gun on himself.

Workers in the building were originally told to stay in their offices. They were given the "all clear" around 10:45 a.m.