FEMA has identified L.A. County as the nation's most vulnerable county to heat waves.
KABC
By Tony Cabrera 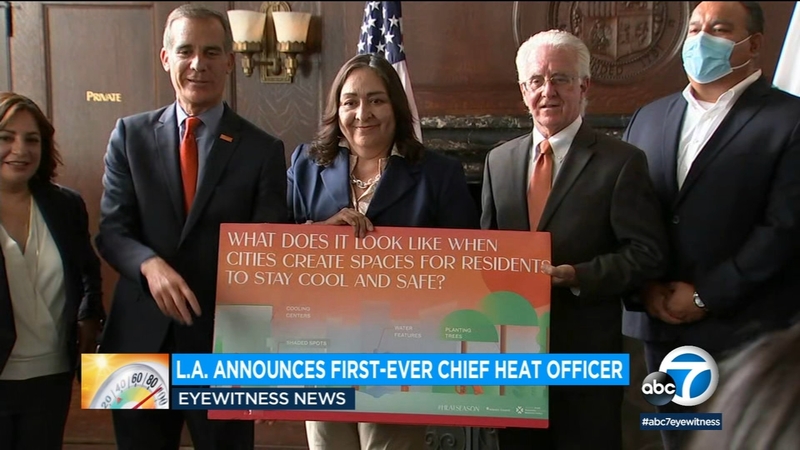 The official start of summer is just over two weeks away, so the timing of this announcement is fitting.

Her name is Marta Segura and she's in charge of coordinating the city's response to extreme heat events.

She's currently the director of the Office of Climate Emergency Mobilization.

Her new role will enable her to work with a number of agencies to prepare a heat action plan.

As we move into a warmer, dryer climate, meteorologists anticipate more acres will burn this year nationwide.

That includes everything from an early warning system to long-term strategies to reduce exposure.

Experts say it's needed, predicting that by the middle of the century, L.A. will experience five times more heat waves in a year than now.

FEMA has also identified L.A. County as the nation's most vulnerable county to heat waves and a number of other natural hazards.

While many of us have never heard of the position, L.A. isn't the first city to introduce it. Miami and Phoenix also have officers, as well as other cities across the globe.