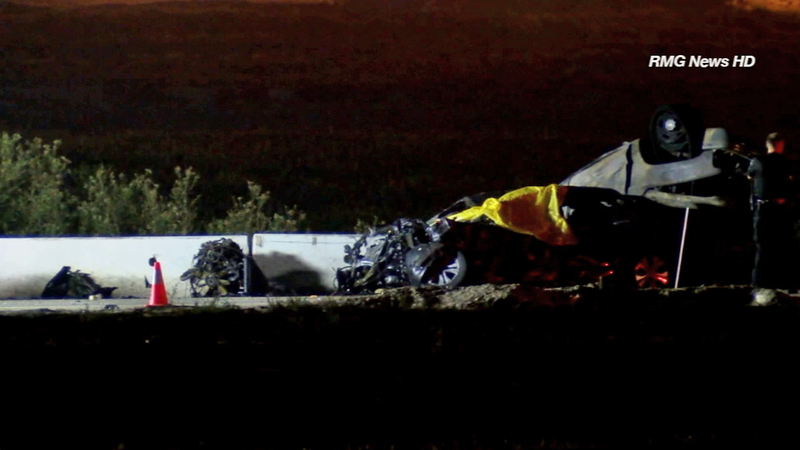 The crash between a 2000 Chevy truck, 2002 Honda Civic and 2013 Honda Accord was reported at Pine Avenue between Euclid Avenue and Chino Corona Road at 8:46 p.m. Two vehicles that caught fire appeared to be heavily damaged.

The coroner identified two of the victims as Andrew Anthony De Leon, 19, of Mira Loma, and Luis Ayala Mendoza, 47, of Corona. Mendoza was the driver of the Honda Accord.

Eleanor Roosevelt High School graduate Nathan Dominguez, 18, was also one of the deceased, according to Stacy Oliveira, a parent at the Corona school. Dominguez worked at a Vons store in Mira Loma.

The names of the two other victims have not been released.

Chino police say one person from the Honda Civic survived the wreck with non-life threatening injuries.

Investigators say it's unclear if street racing is to blame for the crash.

Pine Avenue was expected to remain closed into Saturday morning, while the cause of the crash is investigated.

A vigil was scheduled for 7:30 p.m. Sunday in front of the flag pole at Roosevelt High, 7447 Scholar Way in Corona.