Woman pulls gun while in line at Chipotle: 'Give me my food' 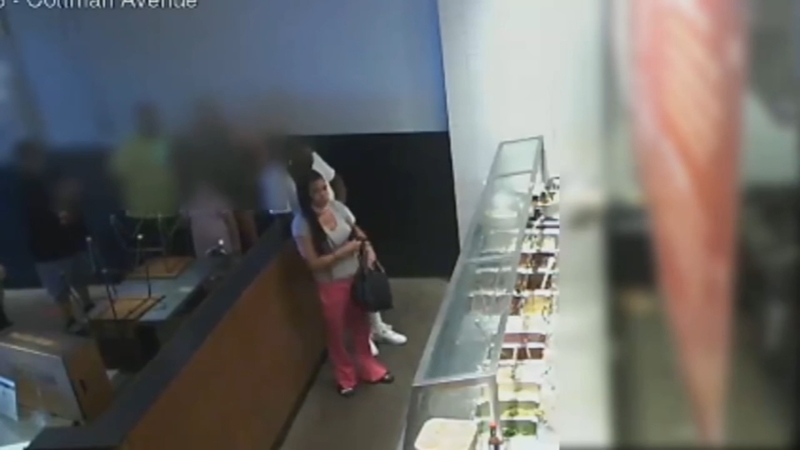 'Give me my food': Woman pulls gun while in line at Chipotle

PHILADELPHIA (KABC) -- A woman was caught on video as she pulled a gun out of her purse while standing in line at a Chipotle in Philadelphia.

The woman took the gun out of her bag and told the worker if someone didn't make her food, that there would be a problem, police said.

An employee made the woman's order in an effort to have her leave. After making the order, the woman displayed the gun again and stated "somebody better give me my food." The woman took the food and left the store in an unknown direction, police said.

"That's still insane that somebody actually pulled a gun out because they couldn't get their food, that's actually unreal," said Richard Joa, from East Falls.

"I think if I can only order online, I'll go back to my car and just order, you know it's the pandemic," said Albert Brown, of Northeast Philadelphia.

"Definitely some staffing issues now, it's everything online and it takes forever to get your food, and you know, I like Chipotle, so I still come to it," said Joa.

Police said they have seen an increase in frustrated customers turning violent since the pandemic started as many establishments are short-staffed.

"It's going to take a little longer to get your fast food, it might not be as fast, but to pull guns on people is not the answer," said Lt. Dennis Rosenbaum.