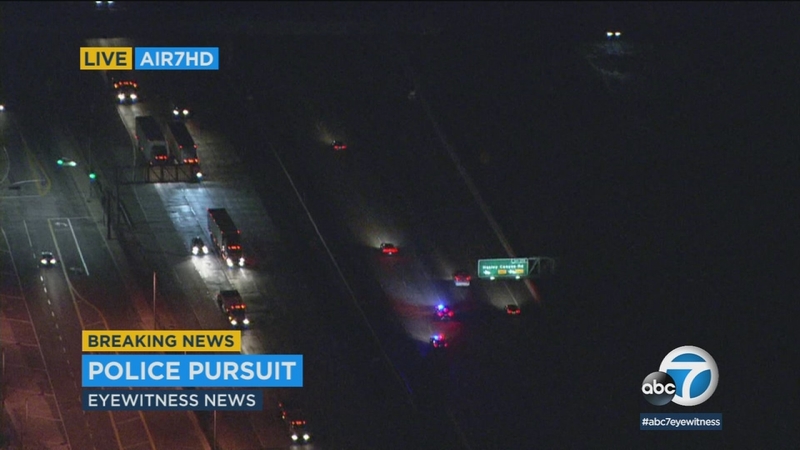 BAKERSFIELD, Calif. (KABC) -- A possible DUI suspect was apprehended Tuesday morning after a high-speed chase that began in the San Fernando Valley and ended with the deployment of a second spike strip in the Bakersfield area, authorities said.

The pursuit originated in the Los Angeles Police Department's jurisdiction shortly after 4:30 a.m. when officers saw the driver of a sedan weaving in and out of lanes and attempted to conduct a traffic stop, the agency said.

The speeding vehicle then traveled from the eastbound 118 Freeway to the northbound 405 Freeway and onto the 5 Freeway through Santa Clarita.

According to the California Highway Patrol, the suspect continued driving after an initial spike strip blew out at least one tire. After a second spike strip was deployed, the car stopped on the 5 Freeway just south of Highway 43 in Kern County.