One person is dead after an officer-involved shooting on the eastbound 60 Freeway in the Montebello-Monterey Park area.
KABC
By ABC7.com staff 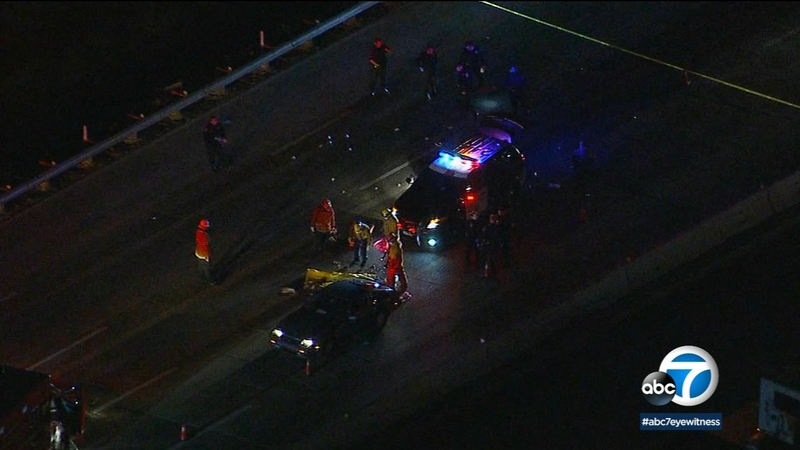 1 dead after shooting on 60 Freeway in Montebello area

MONTEBELLO, Calif. (KABC) -- One person is dead after an officer-involved shooting on the eastbound 60 Freeway in the Montebello-Monterey Park area Monday evening.

The incident happened around 8:20 p.m. near the Paramount Boulevard exit. Traffic on the eastbound side was shut down into the early morning hours Tuesday as officers investigated, but two lanes later reopened at around 5 a.m. The westbound side was moving slowly after the incident.

A body was covered by a tarp on the roadway at the scene, and what appeared to be a samurai sword was also visible nearby.

CHP says two officers were assisting Caltrans on the side of the freeway when they initiated a stop. At some point during that stop, an officer-involved shooting occurred.