Documents show that Liddell and his wife "each accused the other of being the aggressor in a minor domestic violence incident."
City News Service 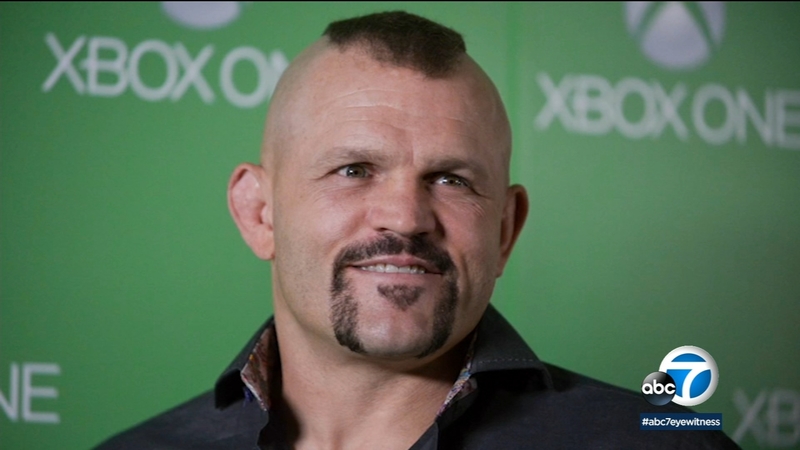 No charges will be filed against former UFC champ Chuck Liddell

HIDDEN HILLS, Calif. (CNS) -- The Los Angeles County District Attorney's Office has declined to file criminal charges against UFC Hall of Fame member Chuck Liddell or his wife over an alleged run-in a week ago in Hidden Hills, according to a document released Monday.

The charge evaluation worksheet notes that Liddell and his wife, Heidi, "each accused the other of being the aggressor in a minor domestic violence incident'' Oct. 11.

"The wife did not have any visible injuries, while husband had a slight red mark on his cheek and a small red mark near his chest,'' according to the document. "Their daughter was interviewed and stated that she saw her parents pushing each other. She did not know who started the incident.''

The document noted that "the case is declined for filing'' and that "the investigating officer concurs.''

Former UFC fighter Chuck Liddell has been arrested on suspicion of domestic battery against his wife.

Through a spokesman, he released a statement that afternoon that said, "Last night, the Los Angeles Sheriff's Department deputies who responded were professional. While the information about this case will be revealed in due course, I believe it is important to convey and clarify a few facts about the situation. I was the victim of the incident last night at our family home, as details of the case will reveal. The deputies informed me that my wife would be arrested, as I did not respond to her assault while I sustained bruising and lacerations. I volunteered to go in her place. This was one of the many times I have tried to shield a family mental health issue from the public purview. It has become painfully apparent that this cannot continue, as our private life has now reached a public breaking point. Please respect our privacy as I help to navigate our family through this difficult time.''

Liddell filed for divorce on Friday.