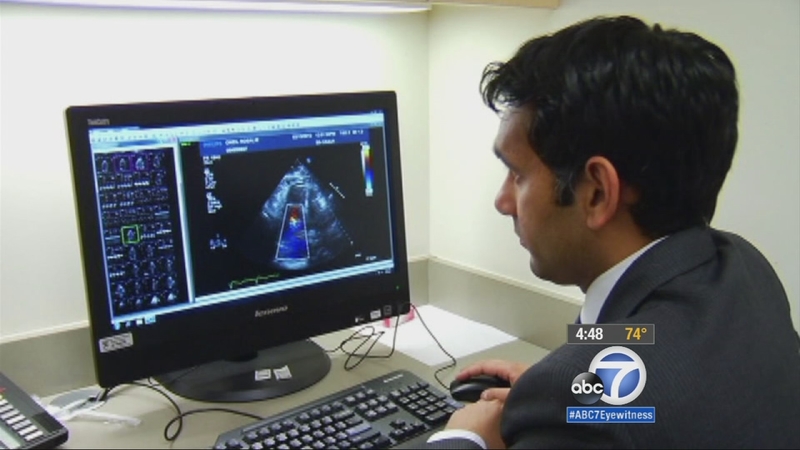 LOS ANGELES (KABC) -- Doctors are now looking at a new way to help people survive blood clots that can be fatal if left untreated. But it's an approach that's not without controversy.

As many as 100,000 Americans die every year from a pulmonary embolism, a blood clot in the lung.

The standard treatment is to give patients blood-thinners, which can relieve some symptoms like shortness of breath. But new research shows taking a different approach can have live-saving results.

After two weeks of suffering through what she thought was the flu, Rosalie O'Neil went to the emergency room.

"We could see her heart was racing. Her heart rate was double what it should have been," said Dr. Jay Giri, and interventional cardiologist.

"They did a PET scan, and that's where they found blood clots in both lungs," said O'Neil.

"Dr. Giri had said if you decide to do it, he said tomorrow you will breathe much better, and he was right," said O'Neil.

Doctors traditionally reserve clot-busting drugs for the very sickest patients because of the risk of bleeding to the brain.

But Dr. Giri and his colleagues analyzed the results of previous trials of the clot-busting drugs and found adding the drugs to traditional therapy reduced deaths by 47 percent.

Low-risk patients did fine with only the traditional therapy. High-risk patients needed the clot-busting drugs. The big difference was the 20 percent of patients in between.

"There was a benefit to treating intermediate-risk patients with clot-busters," said Dr. Giri.

O'Neil was in that middle group. She says the additional therapy got her back to the things she enjoys most: surf and sand with family and friends

The use of "clot-busters" is still a hotly debated topic, but this study shows there are benefits to offering the therapy to some patients.

The best candidates are people younger than 65 with little or no risk of bleeding.