Man killed outside The Comedy Store in West Hollywood identified

WEST HOLLYWOOD, LOS ANGELES (KABC) -- A man who was shot and killed outside The Comedy Store in West Hollywood Wednesday has been identified as 23-year-old Richard James.

The shooting occurred in front of the comedy club in the 8400 block of Sunset Boulevard at about 12:49 a.m.

Police say a gunman walked up to James in the patio area, produced a firearm and opened fire, striking him at least once in the upper torso. James was transported to a local hospital, where he was pronounced dead.

The motive for the shooting remains unknown. The suspect, who was last seen running southbound on N. Olive Drive, remains at large.

Anyone with information was urged to contact the Los Angeles County Sheriff's Department's Homicide Bureau at (323) 890-5500. 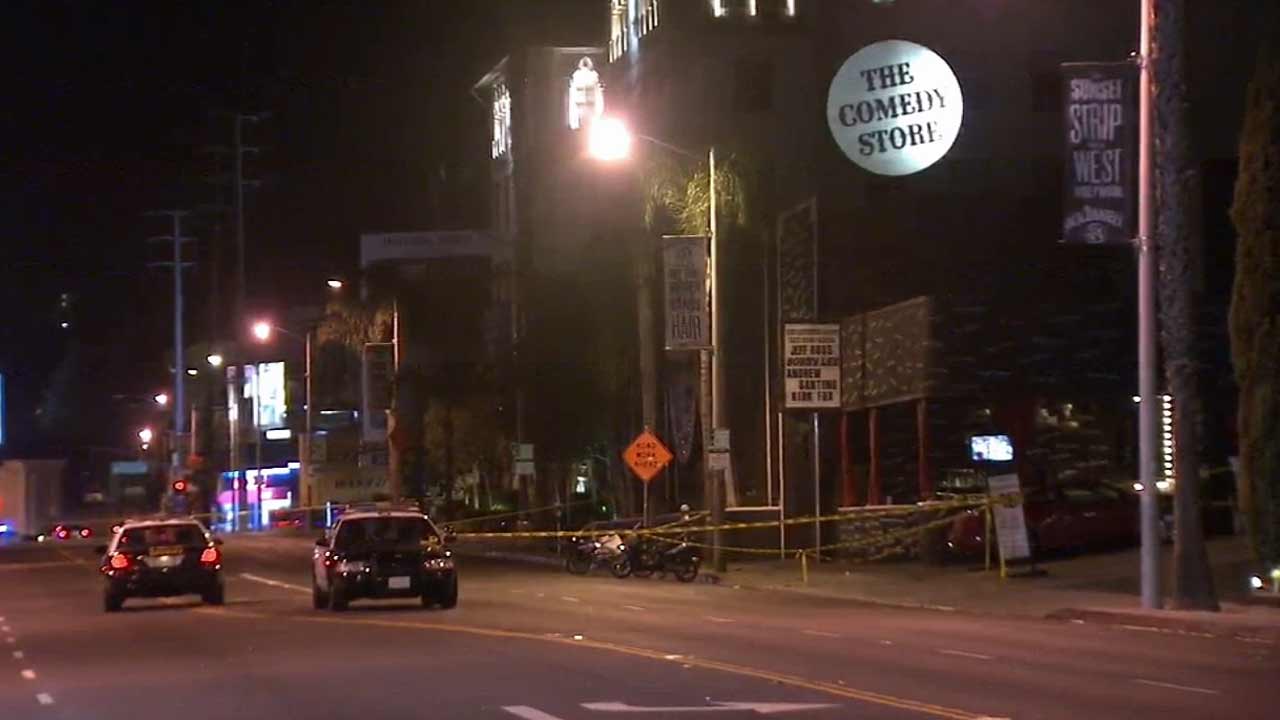 Man shot to death outside The Comedy Store in West Hollywood