A survey found that despite an bump in support for the Black Lives Matter movement in June 2020, it dipped a few months later.
KABC
By Ashley Mackey 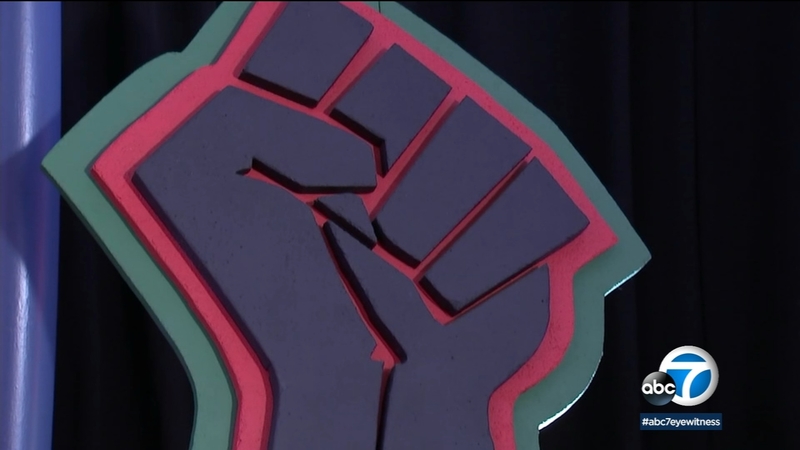 SOUTH LOS ANGELES (KABC) -- It's been two years since the murder of George Floyd sparked protests and awareness of social injustice across the world.

Community Coalition, a nonprofit organization located in South Los Angeles, wants to make sure the focus is still on making change.

"Even though we saw thousands of people across the world protest, we still need to do more to pass policies and programs that actually strengthen the livelihoods of Black and brown people," said Ryan Smith, the chief strategy officer for Community Coalition.

A Pew Research survey found that despite an increase in support for the Black Lives Matter movement in June 2020, support dipped back to 2017 levels a few months later.

In June 2020, 67% of surveyed adults in the U.S. said they strongly or somewhat supported the Black Lives Matter movement.

However, by September of the same year, that number had dropped to 55%, where it stayed in September 2021.

One indicator of interest is through Google searches for "Black Lives Matter."

Search interested in the topic peaked the week right after the murder of Floyd.

It stayed slightly elevated until the end of 2020, then had a small peak during the week of the January 6 Capitol insurrection. Since then, it's leveled off a lot.

Meanwhile, Community Coalition is hosting a free art exhibit that explores 30 years of civil unrest in South L.A. Organizers hope it can spark the conversation and foster change.

"This exhibit is really about looking at the past, present and future, and looking at what has changed in South L.A.," said Glauz Diego, the director of arts and culture. "Have things gotten better? But not only that, also looking at the future."

READ ALSO | 2 years after the death of George Floyd, what has changed? Where do we go now?

The art exhibition was curated to demonstrate struggle for social justice within the community.

Organizers said there's still a lot of work to be done.

"The state has a hundred billion dollars in surplus right now, and although that's amazing, unless it gets to places like South Los Angeles, and East L.A., and the Valley, where we see working class people struggling day to day, then we know we have not made an impact," Smith said.

Smith said he's encouraged to see the increased interest in the movement, but now, he wants to see every day people's lives improved.