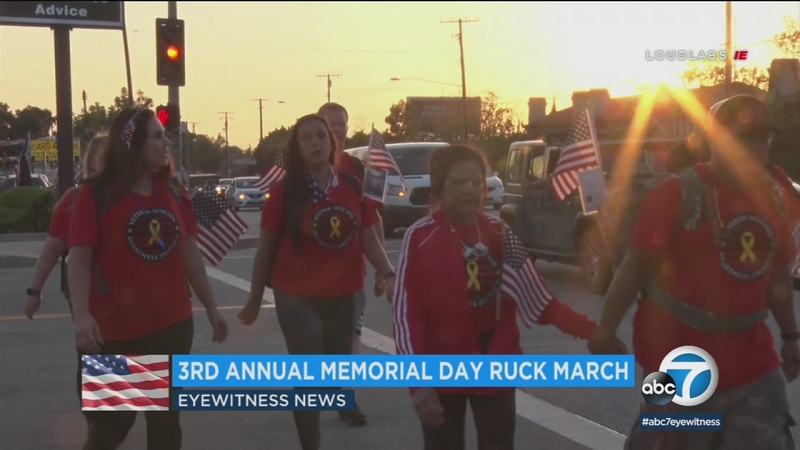 Starting in Covina on Sunday evening, the approximately 40 marchers made the overnight trek to Riverside National Cemetery while wearing 22-pound rucksacks to signify the 22 veterans who commit suicide every day on average.

Event organizer and Air Force veteran Evita De La Cruz lost her husband to suicide in 2013 after he had previously served in the military himself.

"In my rucksack, I have a pair of his boots that still have the dirt on them from Iraq and I have his helmet, and I have other things that equal 22 pounds," she said.

All proceeds from the ruck march will go toward the surviving family members of veterans who have died as a result of suicide.