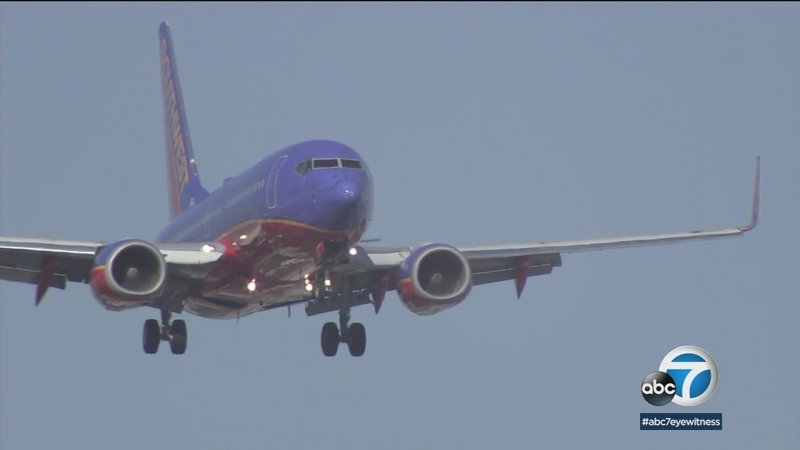 COSTA MESA, Calif. (KABC) -- Congressman Dana Rohrabacher is joining in with people in Orange County, upset about airplane noise over their homes.

Rohrabacher plans to present several amendments in Washington to curb the noise, one of them, targeting JetBlue planes landing in Long Beach.

"By adding a very small addition to the wings of the airplanes of Jet Blue, we'll eliminate over 50 percent of the noise," Rohrabacher said.

Rohrabacher claims the JetBlue planes are making unnecessary noise over the communities he represents. He said a vent on the wings of the planes cause a screeching noise and claims it's something the pilots could do without. He has written the company.

Jet Blue sent us this statement: "We are in receipt of the letter and we are reviewing it."

Rohrabacher wants flights over Orange County to go farther out over the ocean and come back at a higher elevation. He also wants planes near the airport to begin approaching at as high as possible.

"No reason in the world why if they're landing planes safety at 3,500 feet that other planes should be landing at 1,600 feet," Rohrabacher said.

In March, the FAA changed the flight paths to more precise, satellite-assisted ones to open up corridors, reduce flight delays and save fuel. The Metroplex Project prompted complaints up and down the Orange County coast, most recently in Huntington Beach. The city is not ruling out taking legal action.

The congressman said the FAA's priorities need to change.

"The efficiency of the airline has to come in after, below what impact they're having on communities," he said.