Convicted ex-lawyer on the run after allegedly killing mother 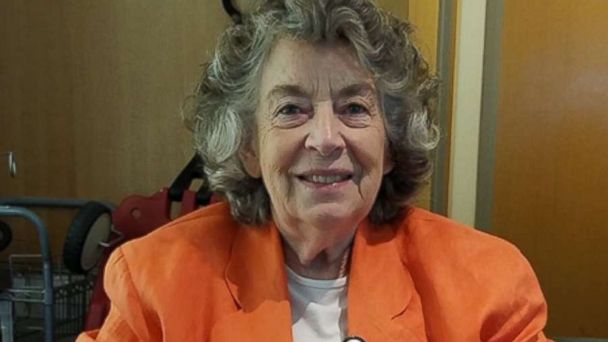 ABCNews
By MARK OSBORNE
The U.S. Marshals Service is conducting a nationwide manhunt after an ex-lawyer, who was supposed to turn himself in for a 30-year sentence, allegedly killed his mother, cut off his ankle monitoring bracelet and fled.

Richard Merritt, 44, is wanted for the murder of his mother in DeKalb County, Georgia, after she was found "violently killed" on Feb. 2, according to U.S. Marshals.

Merritt was scheduled to turn himself in to authorities in Cobb County on Feb. 1 after pleading guilty to stealing money from clients at his law firm, as well as committing elder abuse, according to a release from the Marshals Service. He was to serve 15 years in prison and 15 years probation. Instead, he is accused of stabbing his mother to death and stealing her silver Lexus SUV.

Robert Merritt, Richard's brother, urged him to surrender to police in an interview with ABC News on Saturday.

"You need to face the consequences of the criminal behavior that you were sentenced for on the 18th of January and now you certainly need to be held accountable for the brutal murder of our mother," he said.

In an online obituary for Shirley Merritt, her suspected killer and son Richard was left off the list of her survivors.

The elder abuse charge was unrelated to his mother, according to an indictment.

"He probably knows people all over the country, being a lawyer," Frank Lempka, a member of the U.S. Marshals Service tasked with finding Merritt, told Atlanta ABC affiliate WSB. "He could be anywhere. We think he may be anywhere in the country."

The fugitive was a lawyer at Merritt & Fletcher LLC Attorneys in Smyrna, Georgia, but had gone into solo practice by the time of his arrest. Merritt became a lawyer in 2000 and was disbarred in January 2018, according to a ruling from the state Supreme Court. Merritt admitted in February 2017 to stealing $75,000 from a client and voluntarily surrendered his license, according to the ruling.

In the criminal case for which he pleaded guilty, he was indicted on a total of 34 counts and allegedly stole over $420,000 from 17 clients. The indictment claims Merritt forged the signatures of many of his clients on checks and then cashed them and kept the money for himself.

On Saturday, Merritt's attorney David Willingham issued a statement, first reported by ABC News' Atlanta affiliate WSB, in which he said that he remains in shock over the alleged matricide.

"For an entire year, my client was out on bail...Not once did he hint or suggest in any way that he would run from justice, much less show any signs that he was capable of such heinous violence towards of all people his mother," Willingham said in the statement.

"Days before he was to turn himself in and begin serving his sentence, Mr. Merritt sounded upbeat and optimistic about his chances of parole after serving just five years. I simply cannot believe this has happened. My continued thoughts and prayers go out to the entire Merritt family."

Lempka called him "very unpredictable" and said "he could hurt or kill someone else at this point."

"He may have shaved his head or otherwise changed his appearance, and should be considered armed and dangerous," the U.S. Marshals Service said in its release. "Do not try to engage him."

U.S. Marshals on Saturday released a new photo of Merritt leaving a gas station in the hours after he cut off his ankle monitor. They also announced a $5,000 reward for information on his whereabouts.

Robert also said he was worried for their safety: "I'm concerned for our family's safety quite frankly. Nobody thought he was capable of such cruel and inhuman behavior against his own mother. If he's willing to do that to his own flesh and blood, you know, what would he do to somebody else?"