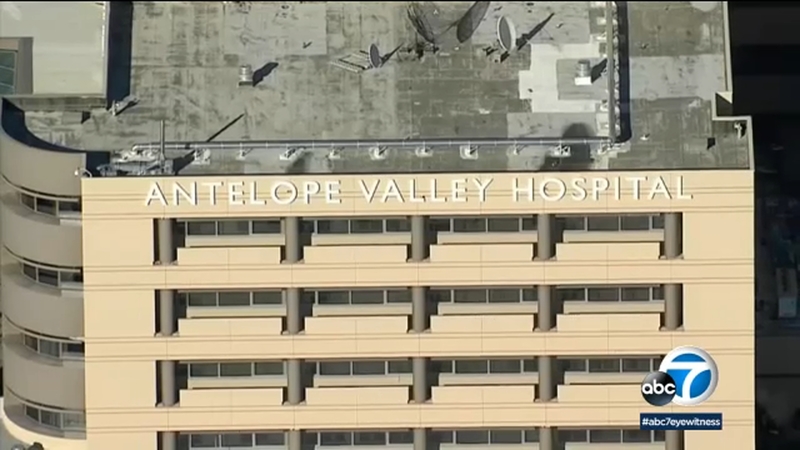 LANCASTER, Calif. (KABC) -- A teenager from Lancaster is no longer being included in the tally of coronavirus deaths until a precise cause of death is determined, Los Angeles County health officials announced Wednesday.

The 17-year-old, who was initially believed to be the first person under the age of 18 in the country to die from complications associated with coronavirus, died recently while being treated at Antelope Valley Hospital.

The county's public health director, Barbara Ferrer, said she's asked the federal Centers for Disease Control and Prevention to investigate the death of the teen.

While the child did test positive for the coronavirus, there were "extenuating circumstances that pointed to an alternative diagnosis as well," she said.

The death is no longer being counted among LA County's 13 total fatalities from the virus. The county has tallied 799 residents who have tested positive.

Ferrer announced the death of the youth during a briefing Tuesday.

The teen's father was also infected with the coronavirus but had developed less-severe symptoms, according to Lancaster Mayor R. Rex Parris. His father works at a job which involves interaction with the public, Parris noted.

MORE: How to stay safe when going out in public for essentials such as food, gas

"From what I've been told his father is an Uber driver," Parris said. "And his father also has the disease. But it's not as bad. Which tells us that these people that we see waiting on us in the checkout line, driving Uber cars, they're risking their lives for us."

Parris urged all youths in his community to heed stay-at-home guidelines.

"Tomorrow, every kid in this community, they're grounded," Parris said. "And their parents can tell them the mayor grounded you. ... People have got to stay home. I am not going to lose another child in the city."

WATCH: Is it possible to not show any symptoms even if you have the virus?

"Is it possible to carry the virus and not show any symptoms?" Dr. Lisa Dabby from UCLA Health says yes!

While some indications during the global pandemic have been that people under age 18 have been less severely affected by the virus, Los Angeles County public health director Dr. Barbara Ferrer noted the death shows nobody is truly immune.

"COVID-19 does not discriminate by age, race or income level," Ferrer said.