Coronavirus: Paper money shunned by some businesses, consumers for fear of COVID-19 spread 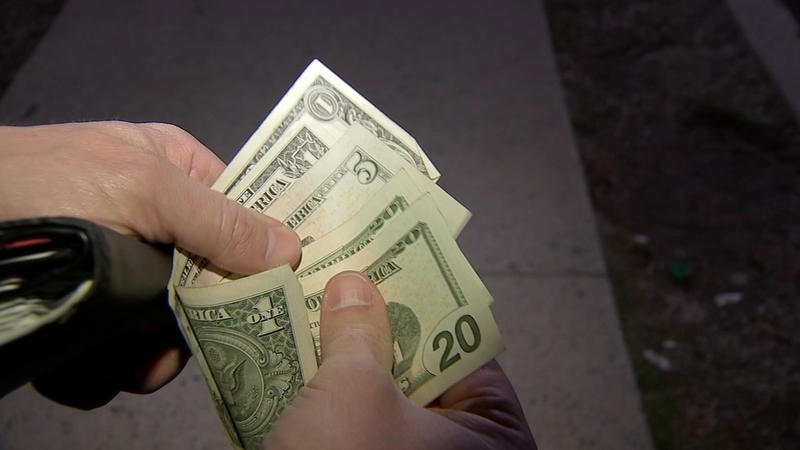 Can you catch the coronavirus from cash?

In a world suffering a pandemic, cash is no longer king.

A growing number of businesses and individuals worldwide have stopped using banknotes in fear that physical currency, handled by tens of thousands of people over their useful life, could be a vector for the spreading coronavirus.

Public officials and health experts have said that the risk of transferring the virus person-to-person through the use of banknotes is small. But that has not stopped businesses from refusing to accept currency and some countries from urging their citizens to stop using banknotes altogether.

Open Books, a non-profit bookstore in Chicago, sent an email to customers last week asking individuals not to use cash. A chain of diners in Washington State has also stopped accepting cash. And delivery services like Grubhub, Door Dash, and others have instituted "no contact" deliveries, and have either stopped offering cash as a payment option or are actively discouraging it.

Large crowds were on the beach, doing the exact opposite of what health officials have said.

Experts say cash does carry a risk of transmitting the virus, but the risk from cash so far is small compared with other transmission routes. A scientific paper published early in the outbreak found the virus can live on cardboard for up to 24 hours and up to three days on plastic and stainless steel. The researchers, however, did not test whether it can live on banknote paper.

The presence of live virus particles on banknotes does not mean they are a health hazard, public health experts said. Virus particles are unlikely to return to the air, or aerosolize, once on a surface.

"It's not impossible that there might be traces of virus on dollar bills but if you wash your hands it should provide adequate protections, you shouldn't need anything else," said Julie Fischer, a professor at the Center for Global Health Science and Society at Georgetown University, on C-SPAN.

Other devices used to pay for items are just as likely to be vectors for disease transfer. Credit and debit cards are made of plastic and metal. ATMs are touched by hundreds of human hands a day. And there have been studies that show smartphones are heavily contaminated with bacteria because of their constant use.

Even the Federal Reserve has taken efforts to make sure the money supply is not contaminated. Banknotes that circulated in Europe and Asia are being quarantined for seven to 10 days as a "precautionary measure," according to a Federal Reserve spokesperson.

While businesses are discouraging cash usage, there have been reports of customers making large withdrawals from ATMs in several parts of the country. Some banks have had to order additional cash from the Fed or keep ATMs stocked at higher levels to allow larger customer withdrawals.

Banknote avoidance is not just happening in the U.S. In South Korea, which has been more successful in stemming the outbreak, the country's central bank took all banknotes out of circulation for two weeks or, in some cases, burned paper money.

The National Bank of Poland said Thursday on Twitter that "Polish banknotes are subjected to a quarantine" and are therefore safe to use in cash transactions. The bank did not respond to a request sent Friday for more details about how that works. But a business daily, Dziennik Gazeta Prawna, described how commercial banks send the banknotes to the National Bank of Poland, which holds them two weeks and disinfects them at temperatures of at least 150 degrees Celsius (300 Fahrenheit). After such operations, "clean" banknotes go back into circulation.

In Hungary, the central bank said that it is withdrawing billions of forints from circulation daily for two weeks, then "resting" them for a period of time that is believed to coincide with the virus' survival time.

Iran is suffering the worst outbreak of the virus in the Middle East. Using cash there is common, but in recent weeks many people have avoided it and banks have announced that they will not accept cash from customers. Iranians often have multiple debit cards but cash is widely used in small-scale transactions, like buying bread in bakeries or leaving a tip. Many people have started even being careful in how they hand over debit cards, as contactless payment methods haven't caught on there.
Report a correction or typo
Related topics:
health & fitnessmoneybusinesscoronavirusu.s. & worldbanksfinancevirus
Copyright © 2022 by The Associated Press. All Rights Reserved.
CORONAVIRUS
Pfizer: COVID vaccine for kids 6 months to 5 years old 80% effective
A new billionaire has been minted nearly every day during the pandemic
LA County hospitalizations reach highest number since March
Encino clinic open to parents, children looking to get vaccinated
TOP STORIES
19 kids, 2 teachers killed in TX school shooting; gunman's mom speaks
Uvalde man says his daughter was killed trying to call 911 on shooter
'Goodfellas' and 'Field of Dreams' actor Ray Liotta dies at 67
Uvalde victims latest: Slain teacher's husband dies of heart attack
Several companies pull products linked to Jif peanut butter recall
Jimmy Kimmel delivers emotional plea for stronger gun-safety laws
Onlookers urged police to charge into TX school: 'Go in there!'
Show More
Kevin Spacey charged in UK with 4 counts of sexual assault
Abortion rights advocates in Long Beach honor TX shooting victims
BTS will be at the White House Tuesday to address anti-Asian hate
Trump loses appeal, must testify in New York civil probe
After Texas shooting, LAUSD announces updated safety plans
More TOP STORIES News