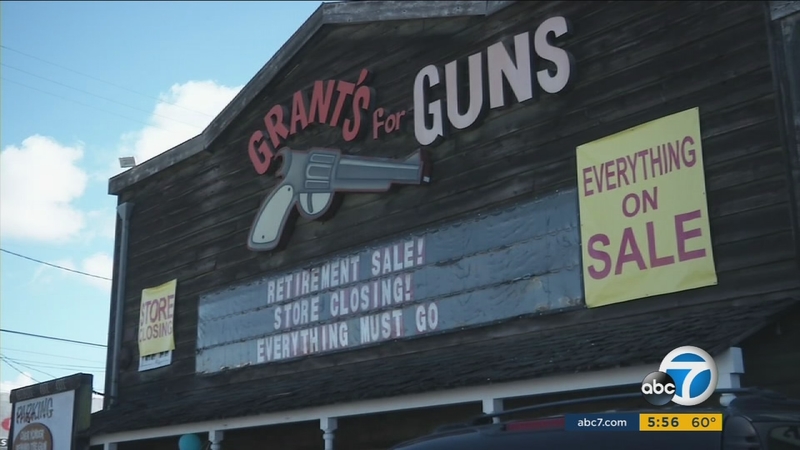 COSTA MESA, Calif. (KABC) -- It's been a Costa Mesa fixture since the late 1940s. It's a place to go for everything from blue jeans to fishing tackle.

Now, the Grant Boys store is going out of business.

A crowd of people waited for the doors to open at the Grant Boys store on Tuesday. Some were waiting for the big discounts, but for most, it was to shake the hand of the man holding the door.

"We just felt like it was time to call it quits and be able to retire and go fishing," store owner Randy Garell said. "I mean, we like to do all the stuff that we sell."

Garell and his wife are closing the landmark outdoor recreation store after 66 years.

Garell's father-in-law, Buddy Grant, opened the store in 1949. For longtime customers and friends, it's the end of an era.

"Well, it's an anchor and it's going to be sad to see it go because this is one of the last real true stores of its kind," Costa Mesa resident Wayne Upton said.

Garell calls it "old-fashioned customer service." He says there are other factors for closing, like more people shopping online and less in stores.

Still, he's making the store's last days about the customers. During this retirement sale, he's thanking people by offering discounts on everything: guns, knives, boots, fishing poles and more.

"We really enjoyed doing what we were doing for so long and that we enjoyed the community and being part of the community; I think that's really the important thing," Garell said.

And the community is responding. Garell says he's had hundreds of people come in everyday to shop and share memories.

He says there's no set date on when Grant Boys will close, but when it does, he says he'll miss it.