A 'gilded cage': What happened to Dubai's missing princesses? 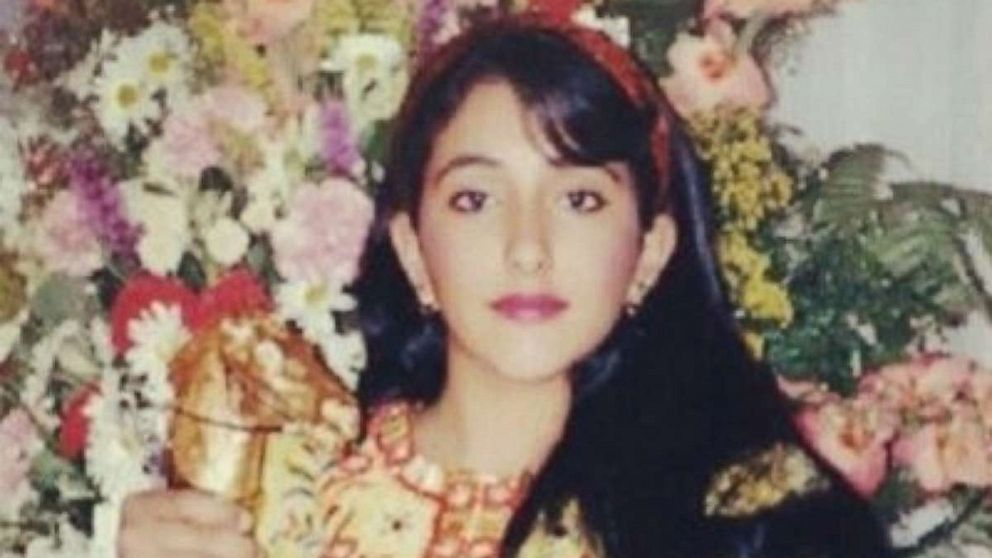 LONDON -- To the outside world, Princess Latifa of Dubai appeared to live a life of unbridled luxury. Whether it was skydiving over one of the world's most scenic deserts or filming the exotic pets that ran free in her mother's palace, she always appeared smiling, happy and carefree, at least on social media.

Yet in February 2018, her friend Tiina Jauhiainen says she launched a daring escape from what activists call her "gilded cage" in Dubai withher help.Jauhiainensays they drove to Oman, met with Hervé Jaubert, a former French naval officer, and boarded a boat that set sail in the Indian Ocean.

The ship, however, wascaptured, Latifa was taken back to Dubai, and barring one photo-op, she has not appeared in public since her apparently failed escape attempt.

Activists campaigning for her release now fear for her life. They also say Latifa's sister, Shamsa al Maktoum, attempted a similar escape in 2000, and has not been seen since.

But the women's whereabouts may become a mystery no longer: Acontroversial child custody battle involving one of the world's richest and most secretive royal dynasties taking place this week, the activists say, could unlock the mystery behind Dubai's missing princesses.

According to press accounts,Princess Haya -- Latifa's stepmother and the sixth wife of the ruler of Dubai, Sheikh Mohammed -- has applied for a protective order to prevent one of herchildren from being forced into marriage, after fleeing the sheikhdom to London earlier this year.Haya alsoreportedly applied for a non-molestation orderfor hertwo childrenwho are with her in the U.K.,andwho cannot be named for legal reasons, at a court hearing in July. UnderU.K. family law, anon-molestation orderis designed to prevent individuals or their children from being abused. The circumstances surrounding thisapplication are notyet reportable.

Sheikh Mohammed, who did not attend that court hearing, isreportedly seeking the return of his two children,who are minorsand with Haya, to Dubai.

The sheikh and Princess Haya have hired two of the U.K.'s foremost divorce lawyers as their representatives in the case, which formally began earlier this week.

Yet human rights lawyerswho say they are acting on behalf of Princess Latifasay they are hopingPrincess Haya's lawyers call Latifa and Shamsa as witnesses in the case, which, even if they did not appear, could shed new light on the whereabouts and well-being of the missing royals, the advocates say.

Life inside the palace

Marcus Essabri, Latifa and Shamsa's cousin, knows first-hand what is was like to grow up inside one of the palaces of Dubai. Born female in Moroccoand named Fatima, he spent much of his childhoodin Paris. He now lives as a man in the United Kingdom.

Essabritravelled to the royal court at the age of 12 to live with his aunt, who married the Sheikh, in the mid-1980s.

"Dubai was not as strict as it is now," he told ABC News. "I was still allowed to go to a French school. Because I was young I had a little bit more freedom. I was able to go to the tennis club, to the hotels, but I always had to have somebody with me."

Hesays he grew close to Shamsa and her older sister Maitha, who "spent a lot of time together as a family."

"It wasfun in some ways because we had everything that we wanted. But I wasn't happy because there was a lot of things I was not allowed to do also," he said.

He says he was not allowed to bring friends to the palace for instance, and as he grew older he found life far more restrictive, and left for the U.K. He continued to visit, however, and although life was "very privileged," visits from palace to palace meant life was "very much indoors."

"There was hardly any freedom," he said.

On Sept. 16, 1999, when Shamsa was 18,Essabri, who was still Fatima at the time, says he received a letter from Shamsa expressing her yearning to escape, butsays he did not realize the situation was that dire.

Twenty years later, activists told Essabri what they believe happened to her, although the circumstances are under investigation.

On a visit to one of the Sheikh's countryside estates in the U.K. in the year 2000a person claiming to be Shamsa told British police that she fled the family and was allegedly recaptured by agents working for the Sheikh, according toThe Guardian. The personreportedly claimed she had been forcefully returned to Dubai, and hasn't been seen in public since.

AndDavid Haigh and Essabri, whoare part of the Free Latifa campaign,are hoping that his accountcould play a part in securing the release of his younger cousin, Latifa, whothey believe has suffered a similar fate.

Tiina Jauhiainen, a Finnish national,says she grew close to Latifa after she was asked to give the princess capoeira classes in 2010.

"It was only after several months that I got to know her," Jauhiainen told ABC News. "She's an extremely private person. She came across very reserved, shy. But it was only after we started skydiving together at the end of 2013 that I really became close friends with her. And then she opened up to me about her and her life."

Latifa told Jauhiainen that shehad tried to escape in 2000, but was recaptured and imprisoned, and tortured by the Dubai authoritiesduring a 3 1/2 year period in prison, her friend told ABC News.

"It sounded like complete inhumane treatment. Now, when she told me about it, I started crying," she said.

Latifa herself addressed those claims in a video publicly released after her recapture in March 2018, saying she had been imprisoned for three years and tortured after the previous escape attempt.

When she was brought back homeafter the first attempt, Latifa had grown distrusting, quiet and insulated, and spent most of her time with animals, Jauhiainen said.

But in 2017, emboldened by their friendship,Jauhiainen says, Latifa approached her friend with a plan to escape. The initial plan, which was subsequently deemed too dangerous, involved Latifa scuba diving to reach an escape boat. Footagesaid to beof her practicing in an indoor swimming pool the Dubai palace was shared with ABC News.

But instead the pair enlisted the help of the former French military officer Jaubert and his boat, the Nostromo, and drove off through the Oman desert in late February 2018, Jauhiainen said. The selfie they took while driving away, the pair both smiling, stands as the lastknown picture of the princess not released by the Dubai government.

While sailing on the Indian Ocean, they were boarded by military wearing Indian uniforms, said Jauhiainen, who was along for the journey. David Haigh, the founder of the Free Latifa campaign, who had been in touch with the women throughout the escape attempt, says he received WhatsApp messages on March 4, 2018.

The pair hid together in the bathroom, before being dragged outside, Jauhiainen said.

"[Latifa] kept saying she was seeking political asylum," she said. "There was machine guns pointing at us [from all] sides. And at that point, we were separated. I was placed on the floor. I found myself next to a pool of blood. So I was terrified."

The women, along with Jaubert and three crew members, were taken back to the UAE and placed in jail. But after a few days, to her surprise, both Jauhiainen and Jaubert were released,Jauhiainen said.

A recording released on YouTubein the event of Latifa's capture, in which she described the conditions she lived in and her reasons for escaping, brought international attention to the case, which Jauhiainen and Haigh say is whythey believe she was released. Thevideohas now been viewed over 4 million times.

The Dubai government has attempted to discredit these claims, suggesting that Haigh, who was imprisoned in Dubai on charges of alleged fraud and embezzlement while managing director of Leeds United soccer clubwas being funded by their regional rivals, Qatar. Haigh denies those allegations.

Jauhiainen began campaigning for the princess's release upon her return to Europe with Haigh, the founder ofanother organization: Detained International.

After her escape attempt, Latifa was not seen again until December 2018, when she appeared in the UAE in a photo op alongside Mary Robinson, the former president of Ireland. Robinson was reportedly invited to see Latifa at that time by Princess Haya.

Amnesty International andHuman Rights Watchhave also released statements demanding answers from the Dubai government about Latifa's whereabouts. The UN Working Group on Enforced or Involuntary Disappearances is investigating the allegations that the princess was forcibly recaptured.Dubai's royal court issued a statement that month saying that they had received reports that a ransom had been demanded for Latifa when she left the country in February, and that she was then "safe in Dubai."

The Sheikh's lawyers declined to comment on the record on the allegations raised in this article.

"If an English judge is deciding whether it's safe to send two young children that are currently in England to the Middle East, to their father, then his past behavior to his other children is clearly going to be very important," Haigh told ABC News.

"For the first time in the last 18 months, [Latifa's] case is going to be looked at by a proper court in a proper jurisdiction in an open hearing."
Report a correction or typo
Related topics:
abc newsnational
Copyright © 2020 ABC News Internet Ventures.
More Videos
From CNN Newsource affiliates
TOP STORIES