How widespread is COVID-19 in kids? A report finds a 40% increase in the number of cases in the last two weeks of July.
KABC
By Leanne Suter 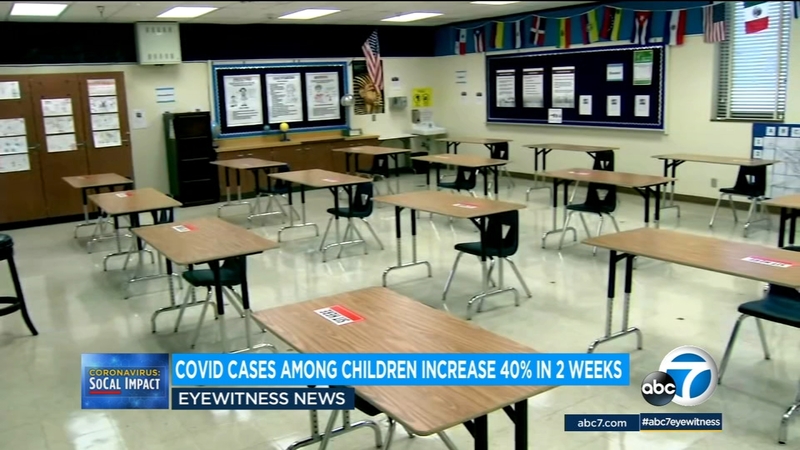 How widespread is COVID-19 in kids in the U.S.?

A new report shows concerning numbers on the spread of coronavirus among children.

The American Academy of Pediatrics reports a 40% increase in the number of cases in the last two weeks of July, a case total that is more than 97,000.

The report comes out as more students return to school.

"I am alarmed by these numbers. I think that these are underrepresenting the actual cases out there, and I think that they're only going to go higher once kids are around each other and once schools do open," says Dr. Rishma Chand, with Dignity Health Northridge Hospital.

According to the American Academy of Pediatrics, there were 338,982 cases of coronavirus among kids in the U.S.

In Southern California, schools will remain empty for now as most will be distance learning, but students are returning to the classroom across the country.

Although children may not get as sick as adults when infected, Chand says it's hard to stop the spread, especially in schools. She says it's difficult for younger children to physically distance.

A new report from the Centers for Disease Control and Prevention also shows the racial disparities of the disease. Hispanic children are hospitalized at a rate eight times higher than white children, while Black children were five times as likely.

While children are still a small fraction of the total cases in the U.S., just 8.8%, the growing concern is children will serve as spreaders of the virus, something Chand says she is concerned about.