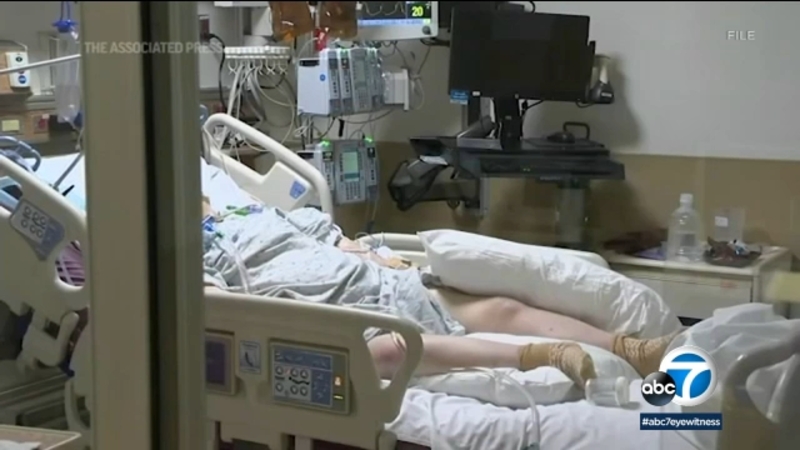 LOS ANGELES (KABC) -- New tragic records continue to be set in Los Angeles County and throughout the state of California for deaths and hospitalizations from COVID-19.

A person in Los Angeles County now dies every eight minutes from the coronavirus, according to health officials.

In December, the figure was every 10 minutes.

A person now dies every 8 minutes from #COVID19 in LA County. Stay home to save lives, always wear a mask when out for essentials and avoid gathering with people you don't live with. pic.twitter.com/unlZvXX8V9

In Los Angeles County, another 258 deaths were reported Wednesday.

Much of the current surge started in early November after Halloween and was then accelerated by gatherings over the Thanksgiving holiday. Now officials are expecting what they have called a surge-upon-a-surge in January following the winter holiday season, in which millions of Americans traveled and far-too-many gathered together in a single place.

Officials say Los Angeles County is seeing a rate of new daily cases that is nearly double what was seen in December.

"Know that every decision you make affects an emergency room doctor," Garcetti said. "Don't put her or him in the position of having to choose between life and death for one of our neighbors."