Fire burns through roof of commercial building near Culver City 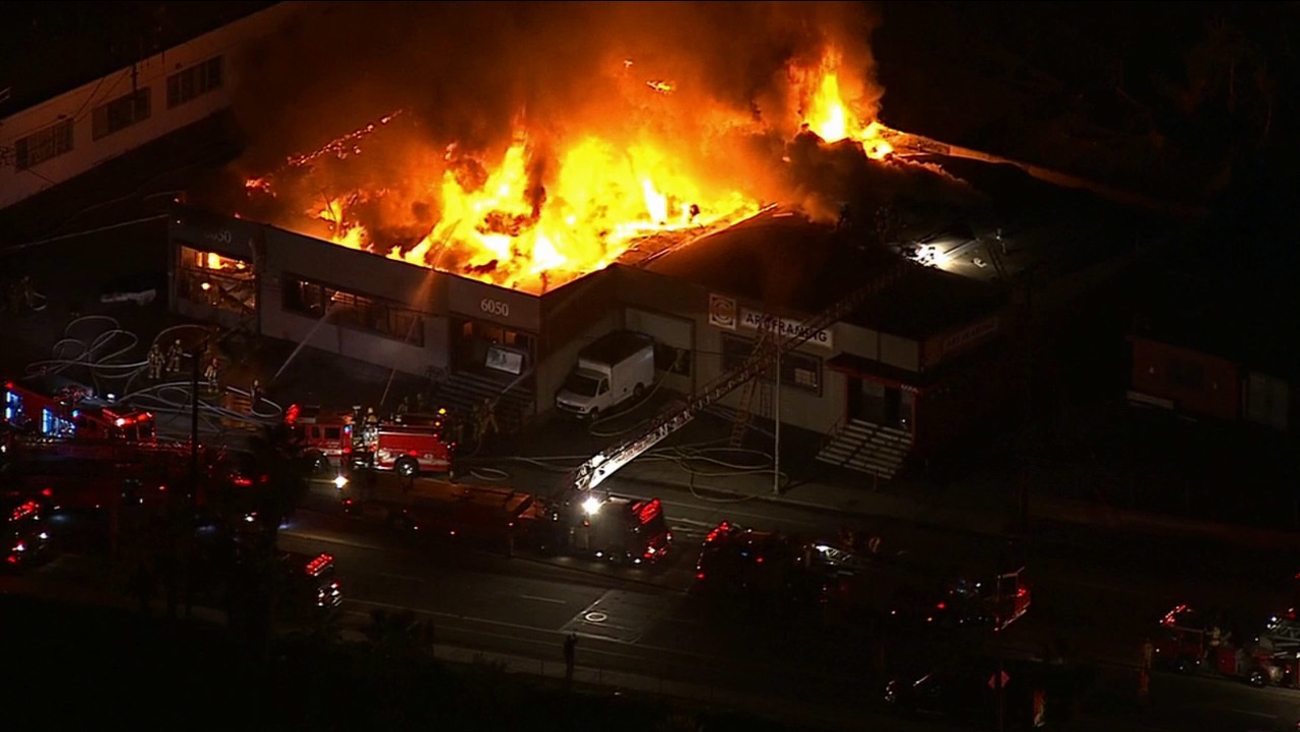 A greater alarm fire broke out in a commercial building at 6050 W. Jefferson Blvd. in Culver City, causing the roof to collapse on Friday, Jan. 16, 2015.

Firefighters were dispatched at about 7:30 p.m. to Inner Gardens, a nursery and garden fixture design firm, in the 6050 block of West Jefferson Boulevard. 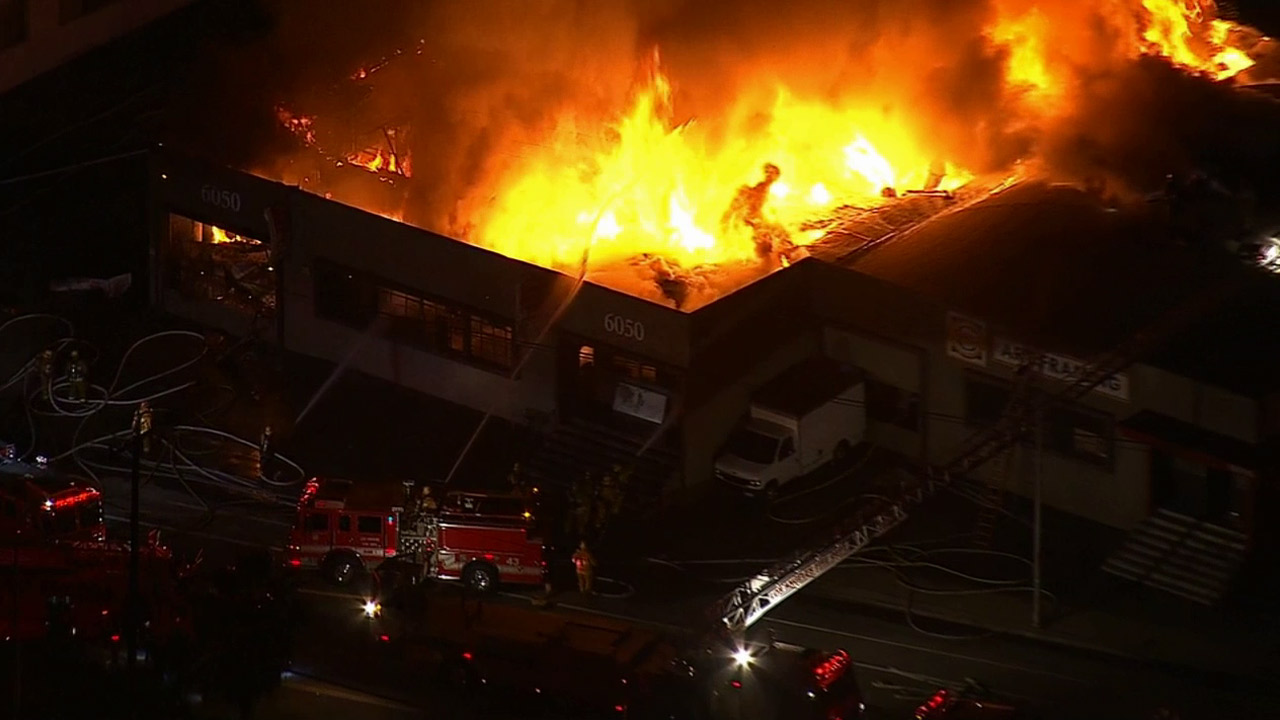 Damages were mostly confined to Inner Gardens, but a neighboring art framing store received some smoke and water damage.